Cindy Crawford is stepping off the runway! During an interview with United Airlines' Rhapsody magazine, the 49-year-old shared that she is is "moving on" from her modeling career as she celebrates the milestone age of 50 on February 20. 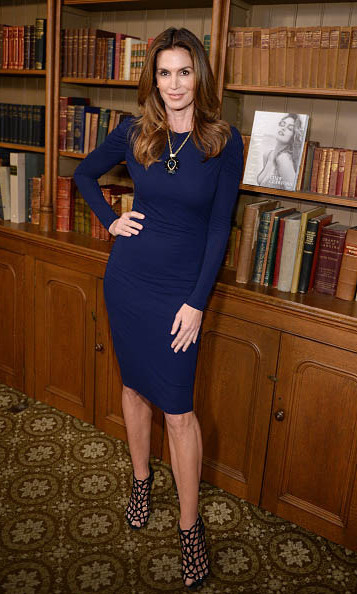 To mark turning the big 5-0, Cindy recently released a book chronicling her iconic career, Becoming Cindy Crawford, which she revealed is a way to bid farewell to her modeling days.“Or maybe not say goodbye, but move on," she reflects. "I feel like I’m allowing that to have been great, and I’m celebrating it. And I’m sure I’ll have my picture taken for 10 more years, but not as a model anymore. And that’s okay. I’ve done it. I’ve worked with all these incredible photographers. What else do I need to do?

The new author also opened up about maintaining her successful career, one that has spanned over a series of decades. "There was no road map for the way my career is," she noted. "There might be some luck — but also willingness to take chances and do things differently.” 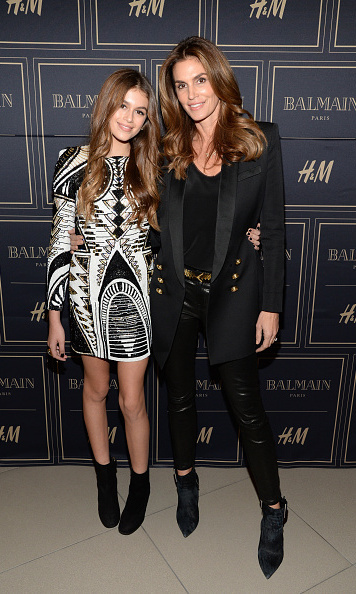 Cindy says her daughter Kaia was always destined to be a model Photo: Getty Images

Although Cindy is stepping out of the spotlight, it doesn't mean that she is leaving the world of high fashion behind. The new Balmain Army recruit is passing the torch on to her and husband Rande Gerber's 14-year-old daughter Kaia, who already shares her mother's flawless beauty. The teen is also, according to Cindy, ushering in a new wave of modeling possibilities.

“[Young people] are all taking pictures of themselves, or having their friends take pictures for their social media,” Cindy, who is also mom to 16-year-old Presley Gerber, said. “Kaia would be modeling even if she weren’t modeling. All the girls are modeling. They are not dependent only on how a photographer sees them. They have a direct relationship with their fans. For me, it’s like I can be an excellent guide to her in this world, but also if she has the opportunity to work with a Bruce Weber or Steven Meisel, they’ll help her learn something.”

Getting older or retiring isn't something that bothers her. In fact, Cindy still feels like there are things to look forward to in her lifetime.