Happy Sunday! We're here to bring you the most delightful news of the day that we're currently freaking out over—Salma Hayek and Angelina Jolie are teaming up and (squeal!) joining the Marvel Cinematic Universe. The two leading ladies made an appearance at Comic-Con over the weekend to announce the news of their new flick The Eternals. Both women, along with the rest of the star-studded cast, including Game of Thrones actor Richard Madden, took part in a panel to discuss the movie, which is slated to premiere in theaters on November 6, 2020. 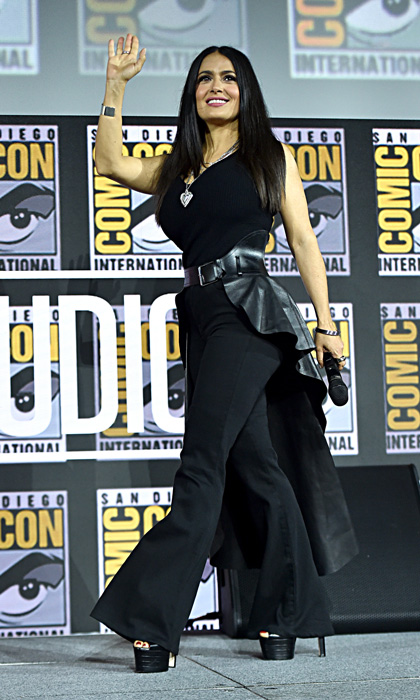 Salma Hayek is heading to the Marvel Cinematic Universe

During the panel, director Chloe Zaro summed up the movie's plot. "It's about this group of incredible immortals but through their journey we really get to explore what it means to be human and humanity on our time on this planet,” she said. Salma and Angelina are part of the Eternals who were created by the Celestials, a group of all-powerful giant space gods, to help defend humanity.

The Mexican-American actress spoke about how proud she is to work with a strong woman at the helm of the film. “I take my inspiration from our leader, Chloe, who’s also a strong woman and it takes a strong woman to do a movie like this because it’s so big and amazing and I’m so excited to be a part of it. The way she approaches leadership as a woman, as a strong woman, is that she sees them as a family. So there’s a lot of mother instincts in this Eternal, who is not supposed to have kids," she said, adding that this film is also an opportunity for audiences to see themselves in a superhero. "I feel very honored to be a part of a movie that is going to allow people who never felt represented in superheroes, or in this case Eternals, represented because I am proud to have a diverse family.” 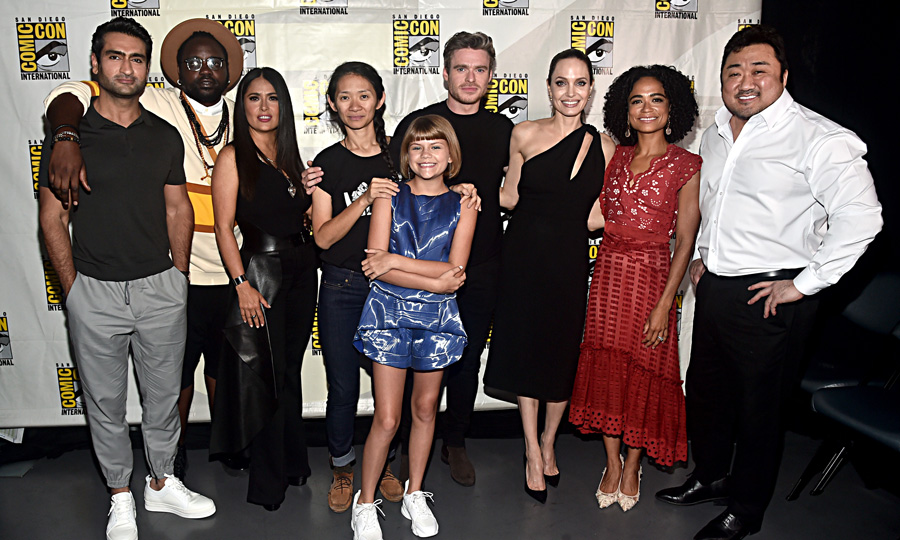 The Mexican-American actress is joining a star-studded cast, including Angelina Jolie

Angelina also spoke about her excitement for joining this project. “I’m so excited to be here. I’m going to work 10 times harder because I think what it means to be a part of the MCU, what it means to be an Eternal, to be a part of this family, I know what we all need to do," she said. "We have all read the script. We have all know what the task ahead is and we are all going to be working very very hard. I’m training. I am thrilled. Thank you so much.”