Leonardo DiCaprio has a new leading lady in his life! In photos obtained by the Daily Mail, the Oscar-winning actor was photographed locking lips with Sports Illustrated model Nina Agdal in Malibu on Thursday. The two certainly weren’t shy hiding their PDA as they engaged in a steamy make-out session on a beach. 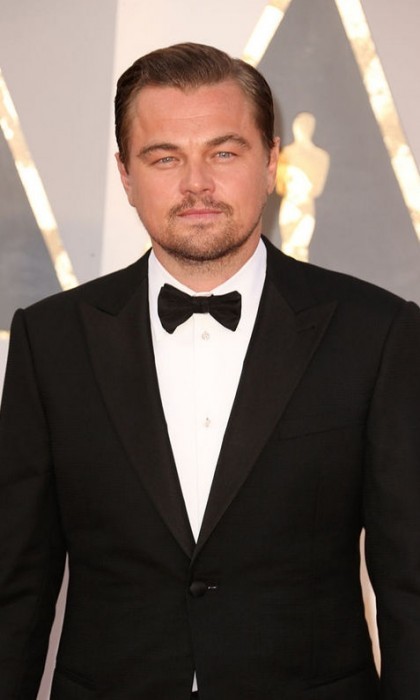 The 41-year-old was seen holding on to Nina as they went in the ocean Photo: Getty Images

Nina lay in the sand rubbing her hand through the 41-year-old’s hair as they embraced each other. When they weren’t kissing on the beach, Leo and the Danish beauty waded in the sea with the actor holding the 24-year-old close (never let go, right?). Nina looked gorgeous for her day of fun in the sun wearing a striped bikini by Amuse Society.

The couple sparked romance rumors in May and have been spotted together in Montauk, New York and the Bahamas, according to Page Six. Back in February 2015, Nina admitted to Cosmopolitan that the Titanic star hadn’t hit on her. “He's a nice guy, but no,” she confessed. Discussing the actor, who is known to always have a striking beauty on his arm, Nina said, “Leonardo just goes out with the same group of people as everybody. So I hate that people, like, start stirring stuff up, because he's just in the same area. That happens a lot. But that's gossip, right?” 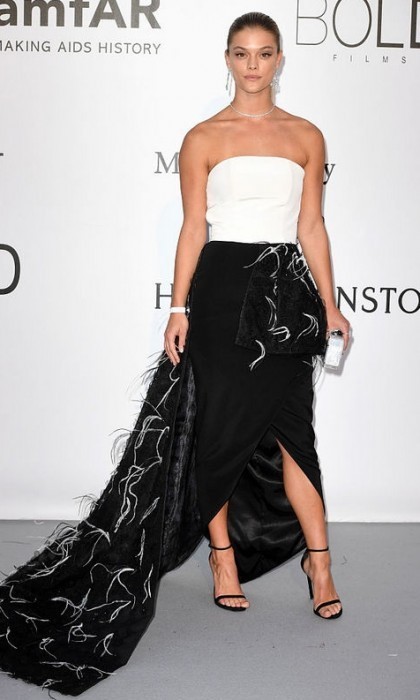 Nina and Leo attended the amfAR gala in Cannes in May Photo: Wireimage

Prior to Nina, the environmental activist was reportedly linked to Victoria’s Secret Pink model Chelsey Weimar, though a source in April told Page Six, “It’s not true. He isn’t spending time with anyone. Most of his time lately has been in places like Indonesia, trying to help save the ecosystem.” Nina most recently was with Miami realtor Reid Heidenry as well as is an ex of Adam Levine.