Maybe there isn’t a royal love connection after all! Jenna Bush Hager shared that her twin sister Barbara Bush was embarrassed after the Today Show host tried to set her up with Prince Harry on Monday. “My sister’s humiliated,” she said during an interview with Access Hollywood. 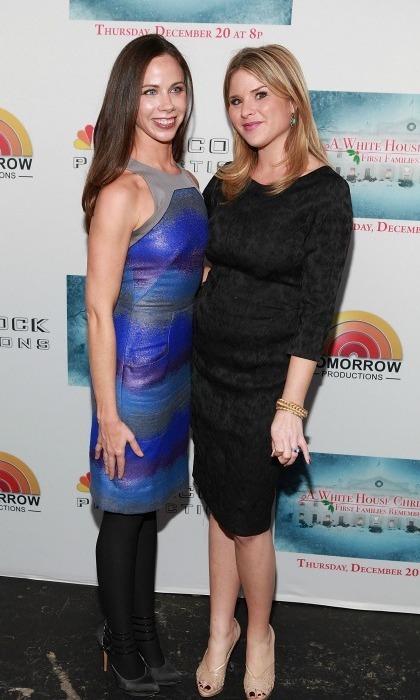 Jenna said she tried to set her sister up with Harry for selfish reasons Photo: Getty Images

The 34-year-old anchor doesn’t know if her sister is interested in dating the royal, but the matchmaking would have been for selfish reasons . “The truth is, I don’t know if she’s interested, but Henry [my husband] and I are,” she joked. “Wouldn’t you want to be sister-in-law and brother-in-law to a prince?”

She continued: “Come on, there’s all those palaces we could borrow.”

Invictus Games with the Prince @todayshow

Earlier this week, during an interview with the royal bachelor in Orlando, Jenna couldn’t help but bring up her single twin. After chatting with the 31-year-old British royal about having a family of his own one day, he noted that he is single at the moment. When Harry dropped the single bombshell, Jenna suggested setting him up with her twin. “I have a single sister and she feels the same way. Listen, she's available," she joked. "She's going to kill me."

FIND OUT WHY PRINCE HARRY IS IN ORLANDO

Always a good sport, Harry suggested that the two talk about it off air.

Harry has been single since ending things with his ex Cressida Bonas in 2014. As for Barbara, she was publicly linked to Miky Fabrega , a creative consultant in Panama for fours years before ending their relationship.