Jennifer Lawrence cries for the Kardashians. The Hunger Games star is such a huge fan of the reality family that she can feel their pain in times of stress. While promoting her film X-Men: Apocalypse, the actress admitted to E! News that she has shed tears for the TV bunch.

"I was crying about the Kardashians the other night," she said. Jennifer explained, "They're under a lot of pressure,” adding, "Even if it’s elective, it's pressure—and I get that!" 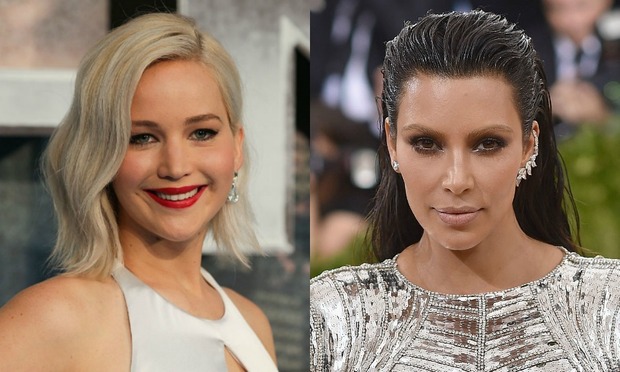 The 25-year-old, who celebrated her birthday in August with the family’s matriarch, Kris Jenner, has been a longtime admirer of the reality stars. Back in December, Jennifer compared Kim Kardashian to Kate Middleton when it came to Kanye West's wife giving birth to her son Saint West. “Oh, my god! It was like when Princess Kate was having a princess [ Charlotte]," Jennifer said.

She continued, "I can't wait for it to be 16 years from now, we'll have a teenage princess. That's just the same in America and we'll have a little prince."


While she has a loyal follower in Jennifer, Kim, who graces the June cover of Vogue Australia, admitted that her life would be different if she were not in the spotlight. She told the magazine, “I would be a forensic investigator and live a normal life.”

Though with that being said, the 35-year-old aspires to live the way her mother, Kris, lives. Kim revealed, "I want to live her life and be successful, work hard and still have so many kids — and still take care of everyone else.”