Tis the season for jingle bells and Jingle Balls, as One Direction, The Weeknd, Selena Gomez and many others took to the stage at the Staples Center in Los Angeles to celebrate the 102.7 KIIS FM Jingle Ball concert. Here are the 5 best things we learned while attending the annual concert.

1: Fifth Harmony is NOT breaking up 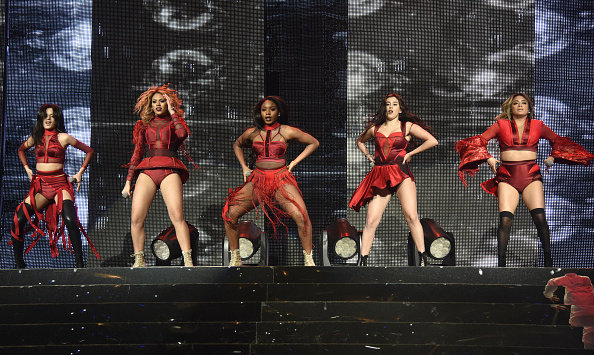 The group performed together in San Jose, California on December 2 Photo: Getty Images

Fifth Harmony fans spun into a frenzy when Dinah-Jane Hansen spoke about the group’s future with EuropaFM and said, “I feel like we’ll probably go our separate ways later on. That’s the truth.” However, on Friday, bandmate Camila Cabello was quick to say that their fans didn’t need to worry about their splitting up anytime soon. “I remember when the duet came out with Shawn, it was like all the speculation about ‘Why did she do this?’ and ‘She planned this,’ and it was just kind of like, relax,” she told HELLO!. “We wrote a song together spontaneously backstage. We didn't even know it was going to be released. His label picked it as a single.”

So does that mean we can look forward to more new music from Fifth Harmony? "We're working on Fifth Harmony's new album as we speak. It's going to come out next year. Chill. You don't have to make it a thing when it isn't.”

2: Are Shawn Mendes and Camila an item? 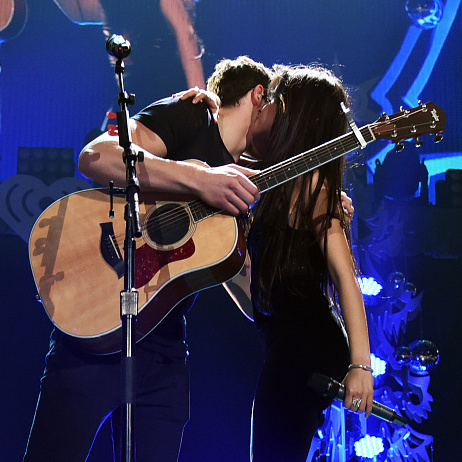 Camila and Shawn embraced after their performance in L.A. Photo: Getty Images

Speaking of Shawn and Camila, she was at the concert without the rest of her group, to duet with Shawn on their single "I Know What You Did Last Summer." There’s been much speculation over their relationship status, and the kiss they shared on stage after their performance sure didn’t help. Despite the smooch, Camila told Entertainment Tonight, "Yeah, we're just friends," the 18-year-old confirmed. "He's like, one of my best friends. He's amazing."

3: Chris Martin is VERY real
Tove Lo is featured on Coldplay’s new album, but the collaboration almost didn’t happen. “I'm featured on a song called "Fun" that they wrote,” she shared backstage. “And it was basically Chris wrote me an email that was like, ‘Hey. This is Chris’ I'm like, ‘Is this fake? Like, who are you? And then I called him up, and we talked. And he said, we have this song we'd love to have you featured on. I was super nervous going into the studio, but they were super nice and humble.” 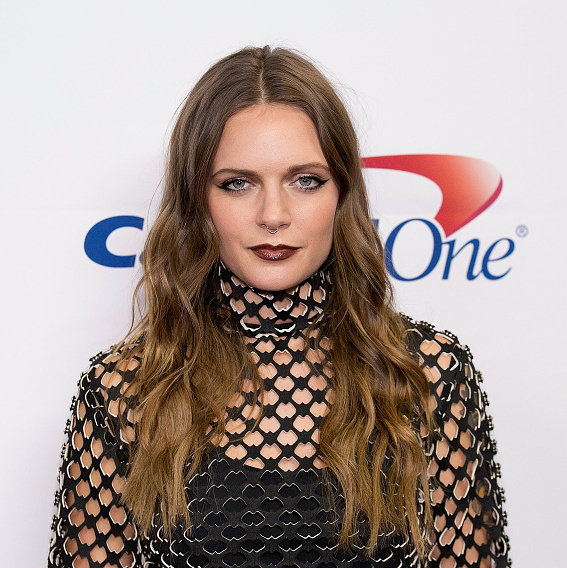 4: It is ALL about Adele
As for the music the Swedish singer is loving right now, “Well, I downloaded the whole Adele album,” she said. “Every song on that. Just her voice gets me whenever she sings. I could hear her sing about doing the dishes, and I'd be like, ‘Oh, please don't stop.’ But I mean, "Hello" is an amazing song, and her voice is a huge inspiration for me.” Joe with his group DNCE got festive at Jingle Ball Photo: Getty Images

There was plenty of fun to be had backstage as well. Joe Jonas was there to perform with his new group DNCE. While waiting to perform, Joe showed off his other impressive talent of balancing a long stemmed yellow rose on the end of his nose for over a minute. He also was quite taken with Jiff the Pomeranian.

The L.A. concert was the third of 11 Jingle Ball concerts, with the tour next headed to Minneapolis on December 7.