Caitlyn Jenner might have changed physically since her transition into a woman, but as far as her daughter Kendall Jenner is concerned, she's still her dad.

"My dad is my dad, but he's not there physically anymore," the model said in an interview with WWD on Friday. "She lets me call her Dad – that's the last little piece of dad I've got." 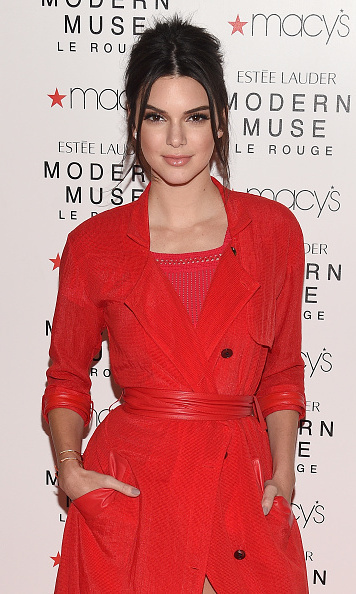 The model, who was recently named on Forbes magazine's list of highest-paid models (she reportedly makes more than $4 million a year), admitted that it hasn't always been easy to be in the spotlight this year as her father, former Olympian Bruce Jenner, transitioned into Caitlyn.

"It would probably be different for someone who didn't have to live it through the media," she said. "But it's been a ride, for sure. It’s an adjustment. It’s something you have to get used to. But I’ve known since I was a kid. He never confirmed it to me, but I’ve known for a very long time. It’s the same person. My dad says it herself sometimes, it’s kind of like mourning the loss of someone, because it is."

The Estee Lauder model said that part of the way she copes with the intense focus on her life is by not looking at what people are saying about her on social media.

"I don't pay attention to it – I don't read it," the 19-year-old said. "I don't need it to affect my life. So I'd rather just not look at anything. You can get a million comments about how beautiful you look and how awesome you are, but the one comment that says they hate you and you're ugly is the one that sticks."

Kendall, who grew up on TV on her family's reality show Keeping Up with the Kardashians, acknowledged that she's learned what not to do by watching her older sisters, Kourtney, Kim and Khloe Kardashian.

"My sisters raised me along with my parents, and Kylie and I got to learn from their mistakes, for sure," she said. "We'd watch them to learn about it before we actually got on the ride. My little sister and I make our mistakes, but at least we're aware of it, what you have to be careful of."

But there's one area where she's not following in her big sisters' footsteps. Unlike sister Kim, who has spoken out against tattoos or body modification, Kendall recently got her nipple pierced.

The piercing was visible under a body-hugging, white Calvin Klein Collection gown she wore at the Harper's Bazaar Icons party during New York Fashion Week on Wednesday. 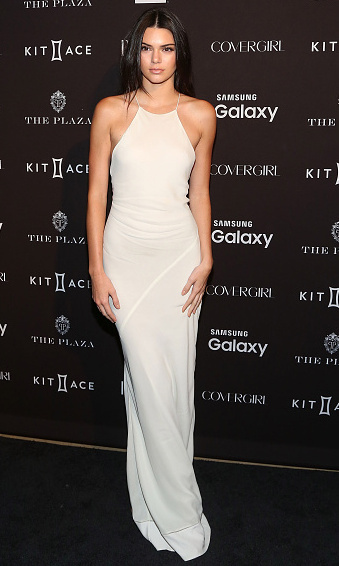 She confirmed the piercing to the New York Post's Page Six. "I was going through a period in my life, having a rough time, being a rebel and was like, 'Let's just do it.' "

Kendall said she was "so terrified" to get the piercing.

"I'm laying on the bed like, 'Why am I doing this,' " she said. "Honestly, it hurt, but wasn't as bad as everyone made it seem and maybe because everyone hyped it up and I thought it would be really, really bad. Then it wasn’t as bad as I expected."

Kendall's little sister, Kylie, also hinted at having her own nipple piercings in April.