The Kardashians have finally hit the holy land! Kim Kardashian, husband Kanye West and their adorable daughter North West arrived in Jerusalem to celebrate North's baptism. The high profile couple, who just finished a trip to Armenia, arrived on Monday for the festive event.

The chic celebrity family were photographed visiting the Armenian St. James Cathedral in Jerusalem's Old City, where the 22-month-old was welcomed into the Christian faith. 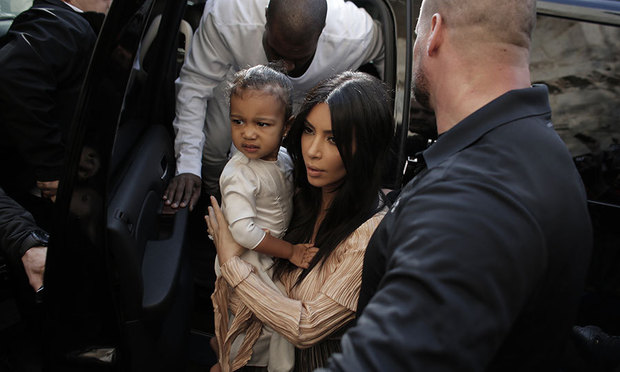 
Archbishop Aris Shirvanin, an Armenian church official, said: "Kim Kardashian's daughter will be baptized and become a Christian officially and a member of the Armenian church." He added: "All I know is that she's a famous personality. I don't know her in person. In any case, she is welcome with her family."

The family certainly dressed up for the occasion. Little North and her father both opted for white ensembles, while mom Kim wore a neutral striped dress as she carried her daughter past eager crowds.

During their visit, the family are also expected to tour holy sites including the Western Wall, Judaism's holiest prayer site in the Old City, before continuing to Jordan on Tuesday. 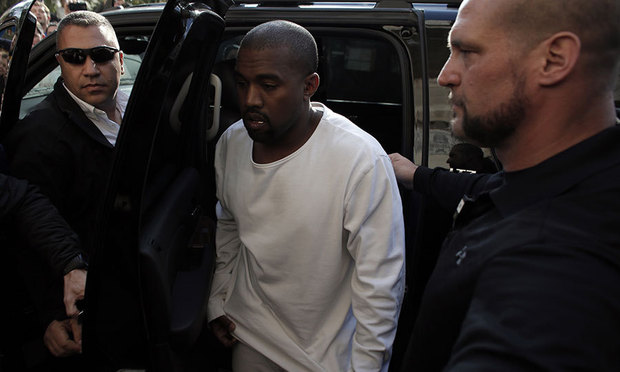 
Kim's trip to Israel follows her highly-anticipated trip to Armenia to explore her roots. Kim, Kanye, North and Khloe Kardashian touched down in Armenia's capital Yerevan last Wednesday with a huge cheering crowd awaiting their arrival. Having received the royal treatment at the airport with offerings of bread and salt — a tradition for greeting dignitaries, by ladies in traditional Armenian dress — the celebrity family arrived at their hotel to throngs of more locals all waiting to welcome them warmly.

Previously writing on her blog about her ancestral country, Kim posted, "My family and I are incredibly proud of our heritage. My dad taught me a lot about Armenian culture, and I have a strong connection with my roots. Every year, I honor the memory of the martyrs who were killed during the 1915 Armenian Genocide."

Looks like the Kardashians are packing in quite a few important trips into one big journey!