Jay Z and Beyoncé are notoriously private about their relationship, but the couple have given fans a rare glimpse at their nuptials in honor of their seventh wedding anniversary. While the couple is celebrating with a romantic vacation to Hawaii, the rap mogul posted a short video clip from their 2008 wedding on his official Instagram account that has racked up 22,000 likes from fans.

The video shows Beyoncé wearing a strapless white wedding dress and veil standing opposite her new husband, who is dressed in a tuxedo and placing a stunning 18-carat diamond wedding ring onto her finger. The couple then walks back down the aisle congratulated by their family and friends who are dressed in black and white.

The clip was first used as background footage during the couple's On The Run tour in the summer, and played on a big screen while they performed a cover of "Forever Young." And three years after the power duo wed Beyonce revealed her wedding dress to the world in the video for her single "I Was Here."

There were said to be around 40 guests in attendance at the wedding, including Beyoncé's sister Solange Knowles. The ceremony was followed by a party at the couple's Tribeca apartment, attended by the bride's Destiny's Child bandmates Kelly Rowland and Michelle Williams, along with Gwyneth Paltrow and Chris Martin. 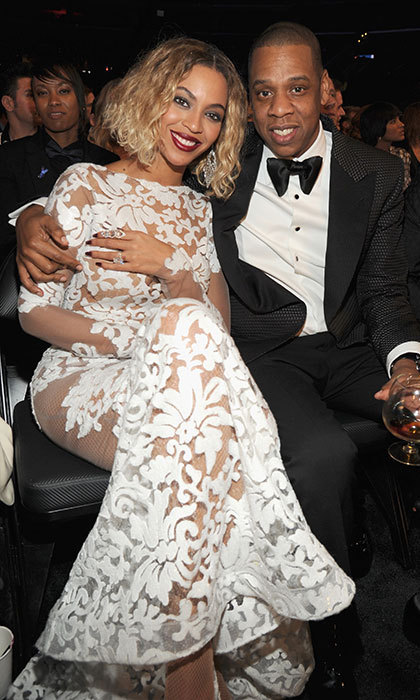 The 33-year-old first confirmed she was married six months after the wedding telling Essence magazine that she had wanted to keep it small and intimate because she's "not a traditional woman," and didn't want the drama. "What Jay and I have is real. It's not about interviews or getting the right photo op. It's real," she said. "We've been together a long time. We always knew it would happen."

Beyonce and her 45-year-old husband are enjoying some down time in Hawaii where some young fans approached them asking for some tips for singing at their upcoming school talent show. 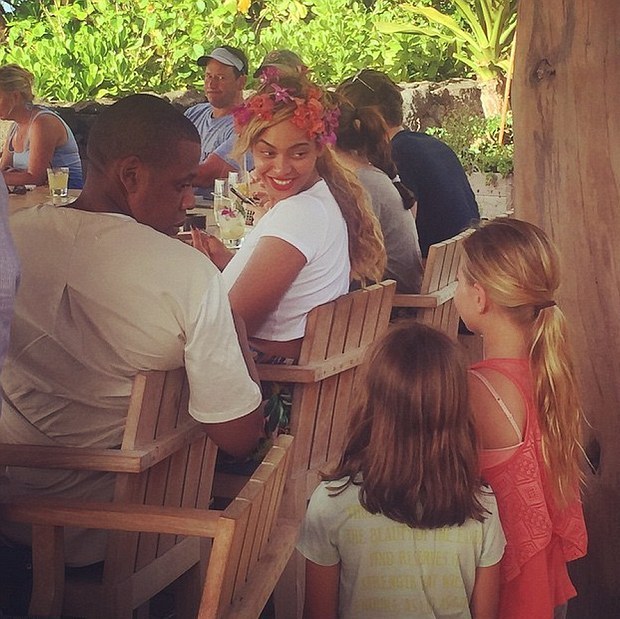