Looks like designer Tamara Mellon has a very important task at hand – designing the perfect wedding shoes. HELLO! can reveal exclusively that the Jimmy Choo founder and former Hollywood talent agent Michael Ovitz are engaged after four years together.

“In December, he surprised me with a beautiful ring,” Tamara tells our sister publication in the U.K., HELLO! magazine. “It wasn’t entirely out of the blue because he kept saying, ‘I’ve got something really important for you.’ He first asked me to move in with him over a year ago, then I suppose he wanted to show his commitment.” 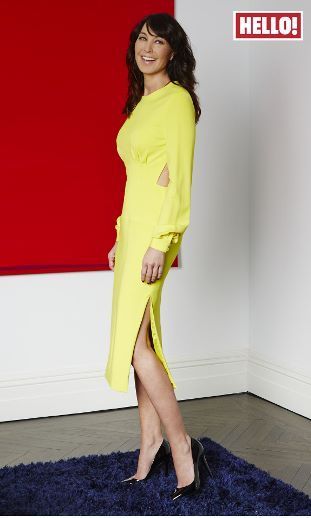 And once Michael, 68, asked the question, there was no hesitation. “Michael is very supportive and a great sounding board,” the 47-year-old explains. “He is so honest and very straight up — you don’t get anything wishy washy with him.”

Michael, who now runs his own venture capital fund and is on the board of several charities, made a name for himself as a Hollywood talent agent, co-founding Creative Artists Agency (CAA) and growing it into a powerhouse representing A-list stars such as Tom Hanks, Tom Cruise, Brad Pitt, Meryl Streep and Jennifer Aniston.

Tamara famously met cobbler Jimmy Choo when she was an accessories editor at Vogue magazine. After opening the first Jimmy Choo boutique in London's Knightsbridge in 1996, the brand become a global sensation with its footwear in the closets of celebrities, models, socialites and fashionistas everywhere. Tamara sold Jimmy Choo to luxury brand Labelux in 2011.

In addition to planning their upcoming wedding, the power couple is embarking on another joint venture: building a home in New York City. “It’s a long-term project – we’re going to knock the whole building down and start again,” the British beauty says. “We’re really excited to have a project to work on together.”

Manhattan has been Tamara’s home since she moved from London in 2009 with her daughter Araminta, whose dad is Tamara’s ex-husband Matthew Mellon. “I’ve always felt very at home in America and love the beat of this city,” Tamara, who launched her own line last year, says. “We moved for very personal reasons – Minty was only seven years old, and I wanted her to grow up with her father and his new kids and for her to know her extended family and cousins. Her father lives a few blocks down the road.” 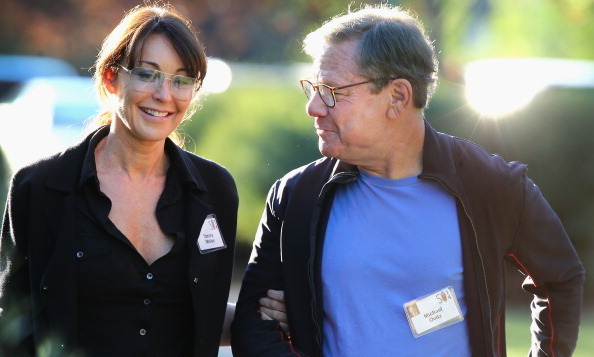 Michael was also previously married and has three grown children. Needless to say, their new life together will be filled with lots of love and lots of personalities. “His life is so varied – he’s always meeting interesting people,” Tamara says. “I never know who might appear at the dinner table.”

We can only imagine how big the wedding guest list will be! To read more of the interview, download the latest issue of Hello!.