Red was everywhere at the Academy Awards, and we don’t just mean on the carpet. Rosamund Pike, Dakota Johnson and Solange Knowles all wore the vibrant hue on Sunday evening. Khloe Kardashian, who was hosting for E!, was also a lady in red and matched Giuliana Rancic.

The 30-year-old stunned in a Lanvin strapless gown that may look familiar. Yes, the Keeping up with the Kardashians star loves a good cinched waist and a high slit to show off her toned legs, but this dress was once on a different sister — Kim Kardashian, who wore the same design to the Met Ball in 2014 in a midnight blue satin version. 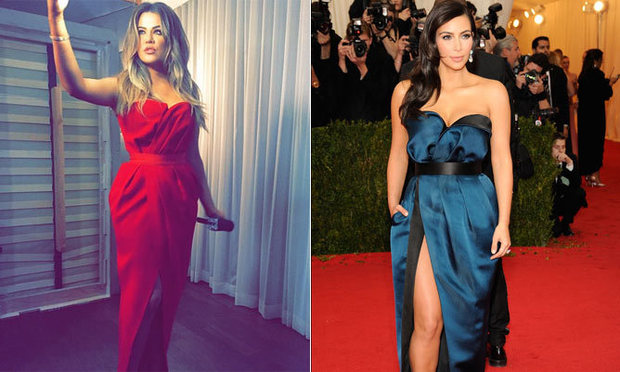 Don’t think this is the first time that the siblings have been seen in similar outfits. After all, isn’t the point of having sisters to borrow from their closets? And in this case, add six times more clothes (we are counting mom Kris Jenner in this as well, who is also a repeat offender!)

In October, Kim, 34, wore a Lanvin satin long-sleeved, champagne-colored gown with again — a high slit — to a friend’s wedding. Earlier in the year, Khloe wore it to the MTV Africa Awards. The two went with different makeup and hair for their looks, but both looked flawless. 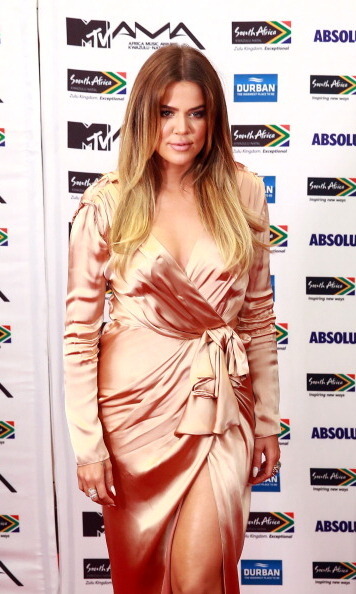 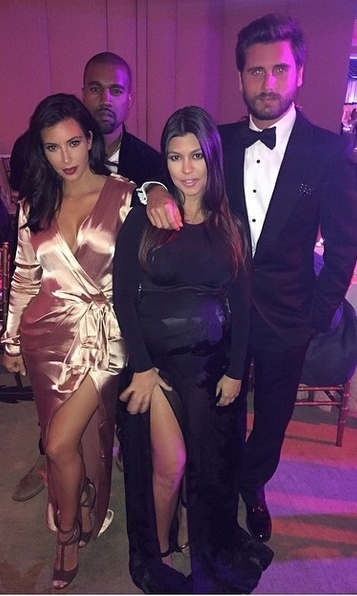 Now that half-sisters Kendall and Kylie Jenner are old enough to appreciate fashion, they are also thrown in the sharing mix. When Kourtney was pregnant with her and Scott Disick’s third child, she took to Instagram to thank Kylie for her outfit.

“Shout out to my fashionista sister @kyliejenner for letting me borrow your dress AKA I stole it and you had no idea but for not freaking out when you see me wearing it,” she wrote.

Shout out to my fashionista sister @kyliejenner for letting me borrow your dress AKA I stole it and you had no idea but for not freaking out when you see me wearing it.


Seems the tables have turned because back in 2013, Khloe told HELLO! Fashion, “All I hear from everyone is ‘Kylie, where are my shoes or where is my sweater’ but she is the youngest so I think that’s what she expects!”