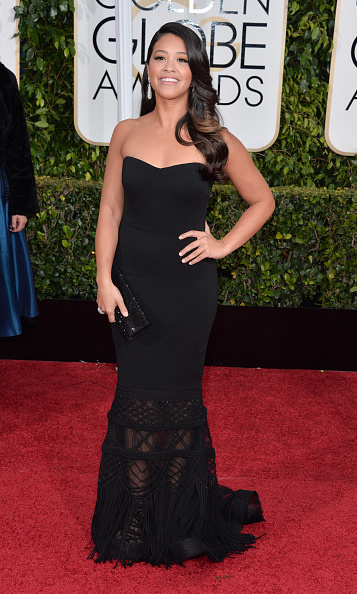 Earlier in the night, she stopped by to chat with E!’s Giuliana Rancic about the continued support from media like The Hollywood Reporter. She said, "It only makes me want to work harder."

The 30-year-old Chicago native said, "I go back to work tomorrow and will continue to try to prove that I'm worthy of that."

Worthy she is! Gina was visibly shocked when Kerry Washington and Bryan Cranston announced her name for best actress in a comedy over Lena Dunham, Edie Falco, Julia Louis-Dreyfus and Taylor Schilling . 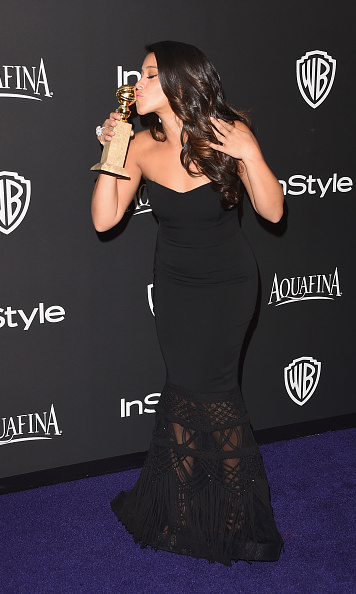 Fighting back tears, the Puerto Rican rising star said to the audience including George Clooney, Jennifer Aniston and Jennifer Lopez, "This award is so much more than myself. It represents a culture that wants to see themselves as heroes."

As her parents looked on adoringly, she continued, "Thank you to my mom and dad for telling me to dream and to never stop dreaming. My father used to tell me to say every morning, 'Today's going to be a great day, I can and I will.'"

Rodriguez added, "Well, dad, today's a great day. I can and I did." 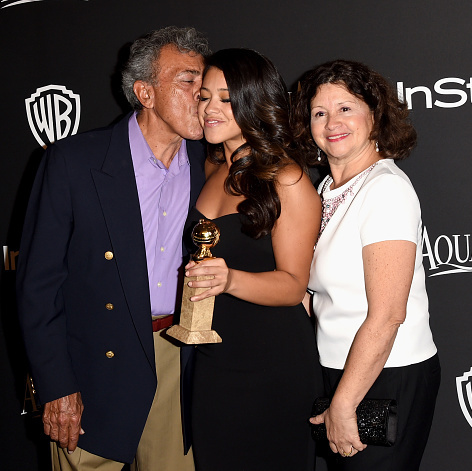 All in all, it was a dream come true for the humble Latina actress. To prep for her Cinderella moment, her day started at 7:30 a.m. "The glam squad came over, I had my boyfriend [Henri Esteve] who is so supportive, my entire family,” she said. “The designers came to make sure that my dress was solidly painted on my body today."

And the dress of choice — a black Badgley Mischka gown that she and stylist Lauren Rodriguez paired with Jimmy Choo sandals and Chopard jewels. 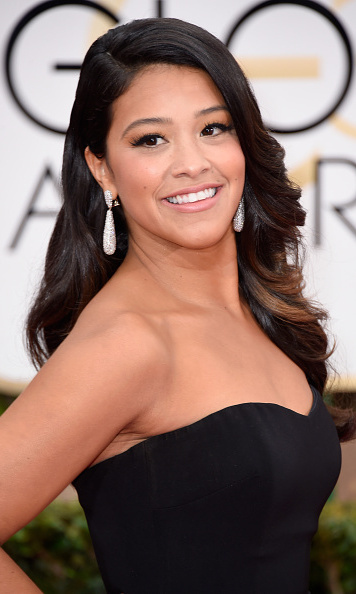 She and Joico’s Paul Norton also opted for classic waves for her hair. The hairstylist tells HELLO!, "Since the feeling of the dress is such a classic Old Hollywood feeling, Gina and I felt it most suiting to keep consistent by channeling the looks of old Hollywood glamour embodied by women such as Rita Hayworth, Lana Turner, Ava Gardner and Jayne Mansfield."

What a night to remember!