In case you missed it, the New England Patriots won and took home the trophy at Super Bowl LIII last night, marking their historic sixth win and star quarterback Tom Brady’s sixth Super Bowl title. Even though he was obviously happy to claim the title of first player to win six (yes, six!) rings, the football legend probably had something else motivating him to achieve his greatest career victory: his family. After the game, Tom was joined by his supermodel wife Gisele Bündchen and his three children. All the cameras flashed as the family shared a sweet moment together. 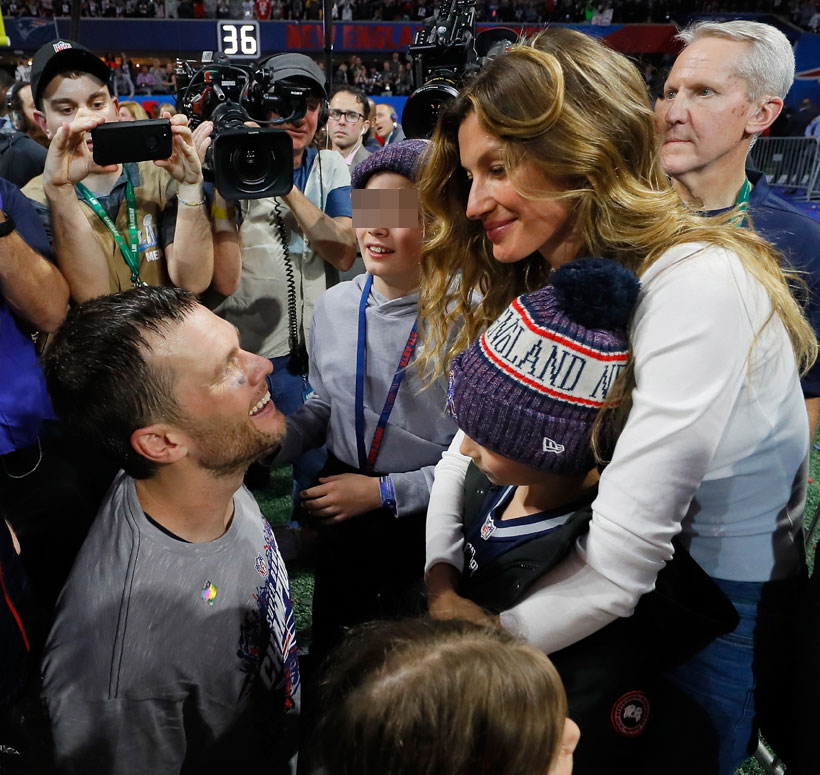 This year’s highly-anticipated championship took place at Atlanta’s Mercedes-Benz Stadium and showcased plenty of performances. Gladys Knight (AKA the “Empress of Soul”) belted out the national anthem before the game and the halftime show spectacular featured performances by Maroon 5, Travis Scott and Big Boi. 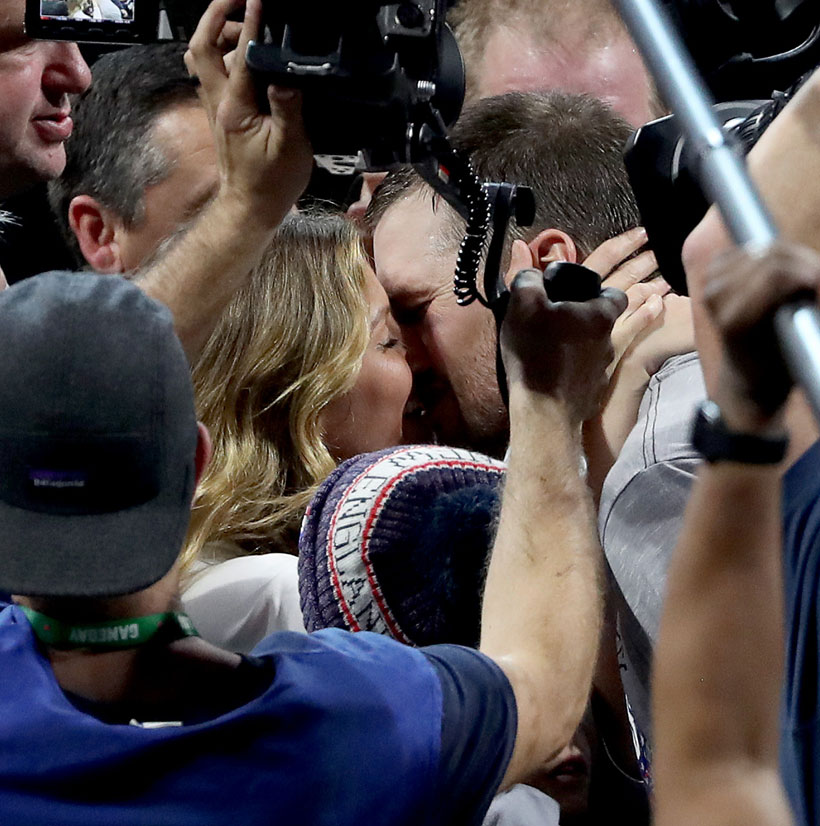 MORE: 7 spectacular moments from the Super Bowl 2019 halftime show that everyone will be talking about

The New England Patriots beat the Los Angeles Rams 13-3, and at the end of the game, Tom and his family celebrated the historic victory in the middle of the field. The Brazilian bombshell planted a sweet kiss while their children—Vivian Lake and Benjamin Brady and Tom’s son from a previous relationship, John Edward Thomas Moynahan – jumped up and hugged their dad.

There’s no doubt Tom’s family are his biggest supporters. And the proof is in the ‘gram. Before the game, Giselle shared a cute photo of herself and Tom with the caption, “I got your back!.”