Prince Harry dropped a couple of hidden gems during his latest engagement. On Tuesday, June 11, the Duke of Sussex hosted the Prime Minister of Nepal, KP Sharma Oli, on behalf of his grandmother the Queen at Kensington Palace. Royal watchers with a sharp eye took note at a few of the special pictures placed in the background. In an image with the 34-year-old royal and the Prime Minister shaking hands, there is a black and white photo of teenage Harry and his older brother Prince William.

CLICK TOO SEE MORE OF THE DUKE'S SPECIAL PHOTOS 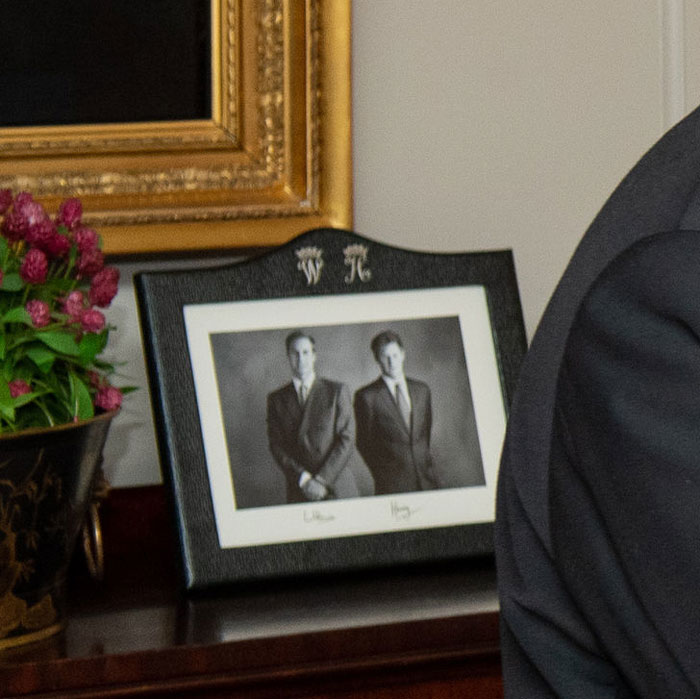 In the pic, Princess Diana’s boys are dressed in smart suits. William crosses his hands in front of him, while Harry keeps it cool with his hands behind his back. On the other side of the photo, is a sweet picture of the Duke and Duchess of Cambridge. Meghan Markle may be on maternity leave, but that doesn’t mean she was far from her husband’s mind. Placed on the table, closest to Harry and the Prime Minister, was the sweet picture of the Duke and Duchess of Sussex believed to have been taken in 2017.

Archie’s parents coordinate in blue outfits, the Duke a suit, and the Duchess a Roland Mouret dress. The first-time royal watchers got a look at the shot – taken by Alex Lubomirski – was in 2018, when the Queen displayed it in Buckingham Palace. Royal watchers didn’t have to keep their eyes peeled to see special shots. Sussex Royal shared a throwback picture from Harry’s first visit to Nepal. 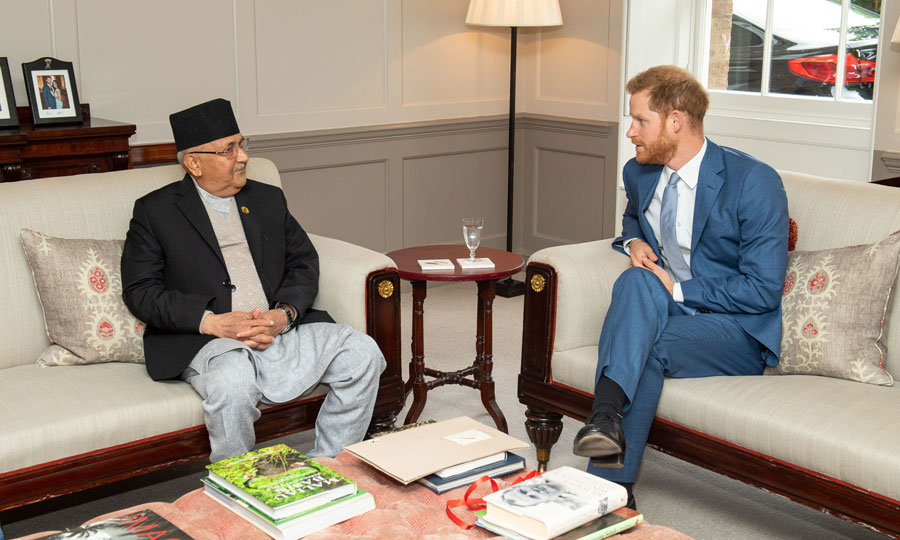 There were also a host of photos of the royal – including an aww-worthy photo with a baby – from his official visit to the country in 2016 where he stayed with a host family and did work with Team Rubicon to rebuild after a devastating earthquake. The caption explained the Duke's persoal connection to the country. "The Duke explored Nepal’s stunning natural beauty, trekking through a National Park, experiencing the Hindu Festival of Colour in the Himalayan village of Okhari and staying with a local family in Leorani village."