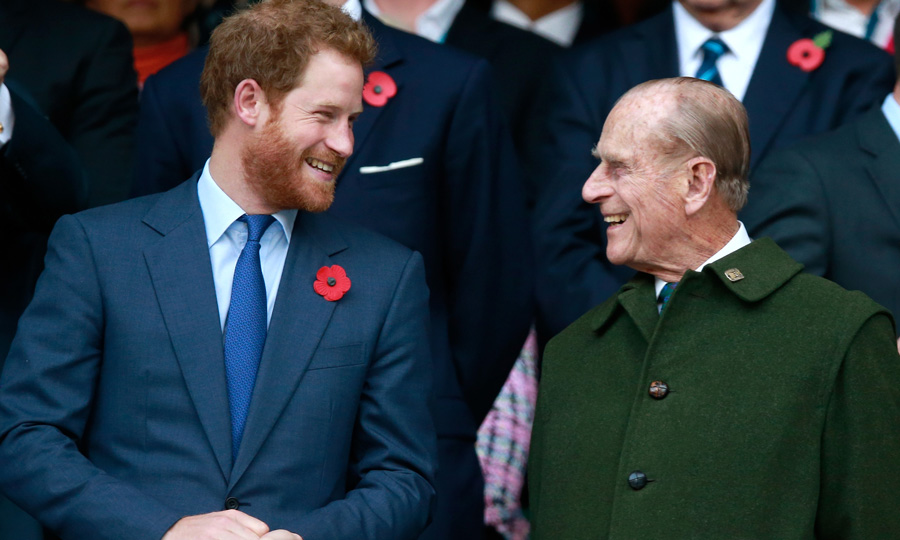 “Wishing His Royal Highness The Duke of Edinburgh, Sir, Grandpa a very Happy 98th Birthday!,” the Duke and Duchess of Sussex penned alongside a slideshow of two photos. The first image showed Philip and Prince Harry at the 2015 Rugby World Cup Final match between New Zealand and Australia at Twickenham Stadium in London, while the second, vintage snapshot, was of a young Queen Elizabeth and her husband enjoying a dance.

Meanwhile, Kensington Palace shared multiple images featuring Philip over the years with Queen Elizabeth, Prince William and Kate, as well as the Duke and Duchess of Cambridge’s older children, Prince George and Princess Charlotte. “Wishing a very Happy 98th Birthday to His Royal Highness The Duke of Edinburgh!” the caption read. 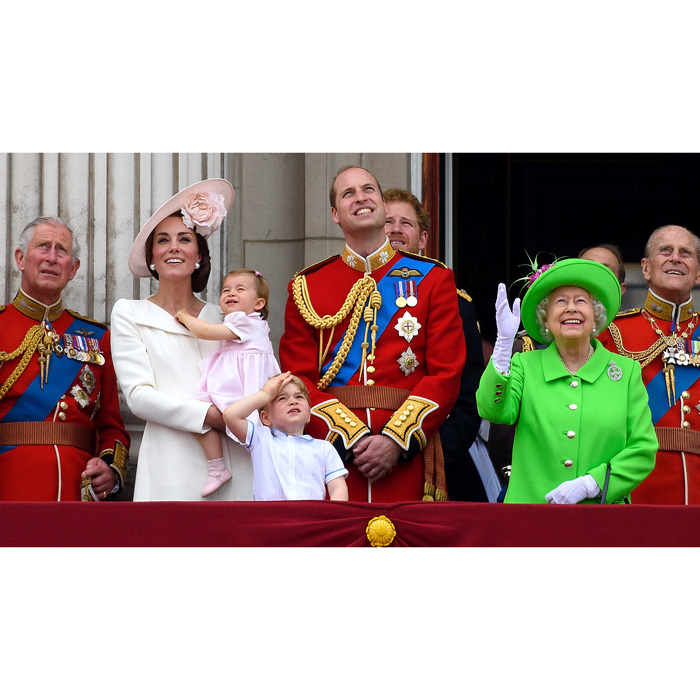 Philip’s grandchildren weren’t the only royals to wish the Duke a happy birthday. Her Majesty's firstborn, Prince Charles also celebrated his father with a sweet throwback via Clarence House that showed a then two-year-old Charles holding hands with Philip following the Duke’s return home from a trip to Malta in 1951. “Happy 98th Birthday to HRH The Duke of Edinburgh. #HappyBirthdayHRH,” the tribute read.

GALLERY: PHOTO OF THE ROYAL FAMILY FROM TROOPING THE COLOUR OF 2019

Queen Elizabeth’s husband officially retired from royal duties in 2017. In honor of Philip’s birthday on Monday, the Daily Mail's royal correspondent, Rebecca English, revealed that the King’s Troop Royal Horse Artillery will ride their horses and gun carriages past Buckingham Palace to Hyde Park where they will stage a 41 Gun Royal Salute; and the Honourable Artillery Company—the City of London’s Reserve Army Regiment—will then fire a 62 Gun Royal Salute at the Tower of London.