Kate Middleton stepped out solo on Thursday, June 6, to undertake a special engagement ahead of Queen Elizabeth’s official birthday parade later this week. The Duchess of Cambridge, 37, took the salute at the Household Division's Beating Retreat in London. The event is a spectacular evening pageant of music and military precision drill that includes horses, cannon and fireworks. 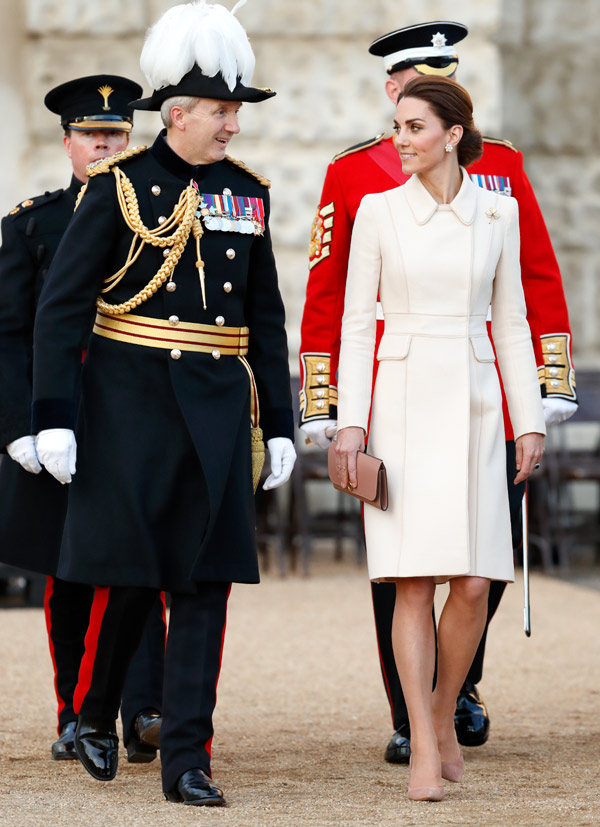 The Beating Retreat is held every year on the Wednesday and Thursday before the Trooping the Colour, which falls on Saturday, June 9, this year. Thursday's retreat marked the first time the Duchess has attended the event.

Related: Look back at how Kate Middleton made royal history with Queen Elizabeth

Senior members of the British royal family take the salute, and this year the honor was bestowed upon on Kate. Princes William and Harry have previously carried out the role.

GALLERY: PRINCE HARRY AND MORE LITTLE ROYALS SHOW THEIR NAUGHTY SIDE AT TROOPING THE COLOUR

The mom-of-three looked characteristically stylish for the outing, recycling her cream Catherine Walker coat, which she first debuted during her royal tour of Canada in 2016. Kate more recently wore the piece for Easter service at Windsor Castle in 2017. The Duchess completed her elegant look on Thursday with Gianvito Rossi pumps, a matching Mulberry clutch, and her Irish Guards shamrock brooch that she wears on St. Patrick's Day, while sweeping her glossy tresses up into a sophisticated updo for the military music extravaganza. 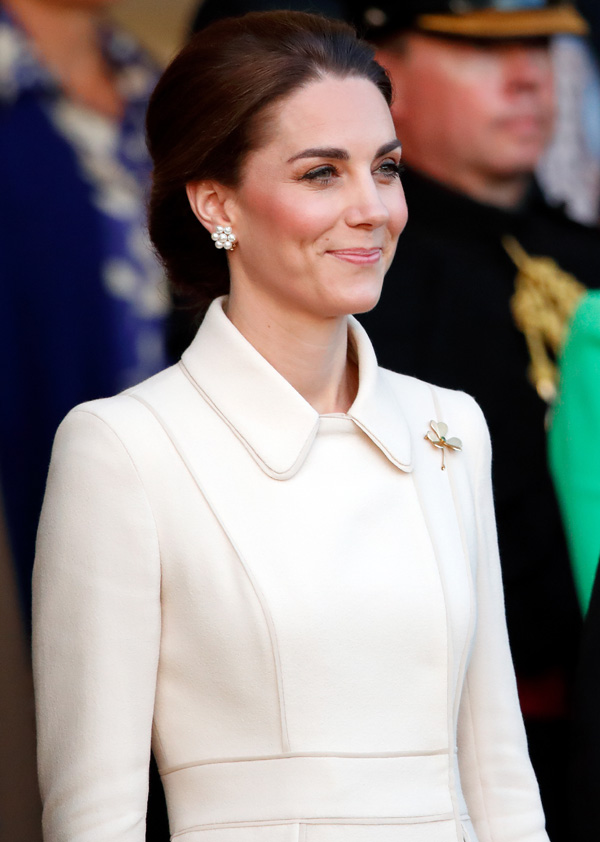 It's been a busy week for the Duchess, who attended a state banquet on Monday. Royal fans can expect to see Kate again this week when she joins the royal family on the balcony of Buckingham Palace for Trooping the Colour. The Duchess’ youngest child, Prince Louis is also expected to make his debut at the event, marking his first official royal engagement.