Queen Maxima always knows how to rock a colorful outfit, and her latest outing saw the Dutch Queen donning her most colorful getup to date. While attending the Seville April Fair held in Sevilla, Spain, she wore a traditional (and widly colorful) flamenco dress.

Not only did she dress to the nines, the stunning royal also made sure to match with her three daughters for the occasion. Scroll to see the lively looks! 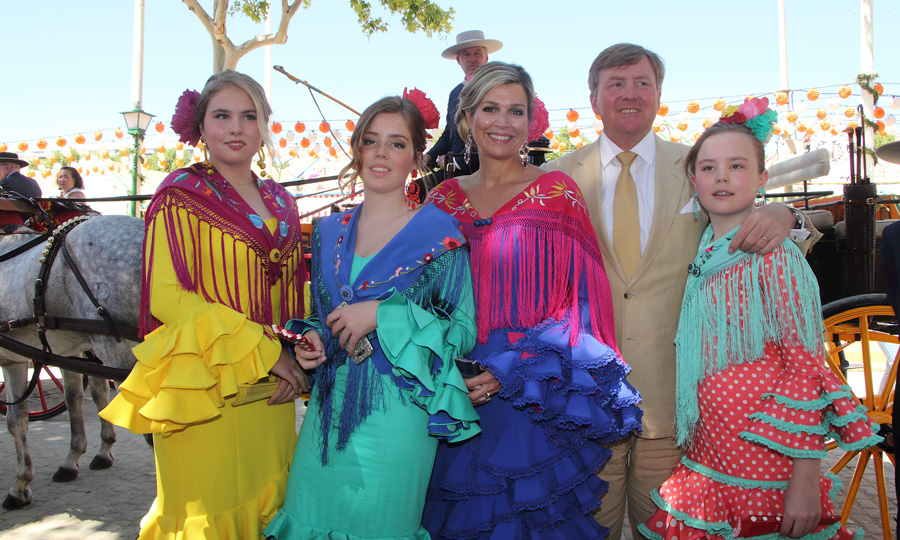 As you can see, the outfits were bright and beautiful. The Dutch Queen wore a pink and blue-colored flamenco dress and paired it with dangling earrings and a large flower clip. Her three daughters also wore vibrant outfits. 15-year-old Princess Catharina Amalia wore a yellow and purple-colored dress, while 13-year-old Princess Alexia chose a turquoise and blue dress. The youngest daughter 12-year-old Princess Ariane played with patterns and wore a polka-dot dress. King Willem-Alexander was also in attendance but kept it neutral by wearing a beige suit.

The royal family stepped out for the Seville fair (taking place May 4-May 11) and enjoyed all the festivities the fair offered. The fair originally began in 1847 as a cattle fair, but eventually grew into a grand festival, where the entire city gathers and transforms for a a week-long party of dancing and drinking and, of course, colorful outfits.  The fair is also especially significant for Queen Maxima because it's the place where she and King Willem-Alexander first met. 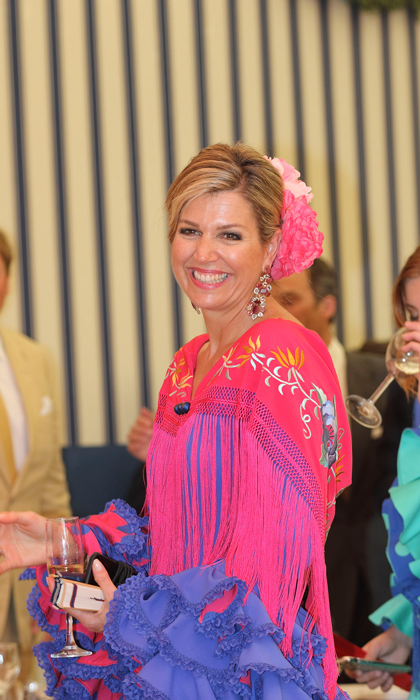 Before attending the fair, Queen Maxima stepped out for a special cause in the Netherland earlier in the week. She appeared at the 30th anniversary for the Make-A-Wish foundation in Hilversum. During her visit, the Dutch Queen also looked stunning as she wore a bright yellow coat.