Meghan Markle missed the Royal Family's gathering at church on Easter morning because of her pregnancy, so apparently Prince William and Kate Middleton decided to head over to Meghan and Prince Harry's house for a visit! According to a report in Harper's Bazaar, the Duke and Duchess of Cambrige made the visit in order to check in on how their sister-in-law, who is due to give birth to Baby Sussex any day now, was doing, see Meghan and Harry's new home and also bring them a gift as well.

MORE: EVERYTHING YOU NEED TO KNOW ABOUT MEGHAN AND HARRY'S ROYAL BABY

The report of the visit may finally put to rest rumors of a rift between the two royal couples, sparked after it was announced that Prince William and Prince Harry's households, once shared, would be separated from now on. Since then Meghan and Harry have moved from Kensington Palace, where they were neighbors with William and Kate, to the idyliic Frogmore Cottage in the Windsor countryside. As they've nested at Frogmore, Meghan has also had the company of her friends and family, including her close friend and makeup artist Daniel Martin, who came by for a stay, and her mother, Doria Ragland, who flew in from Los Angeles to be with Meghan when she gives birth. 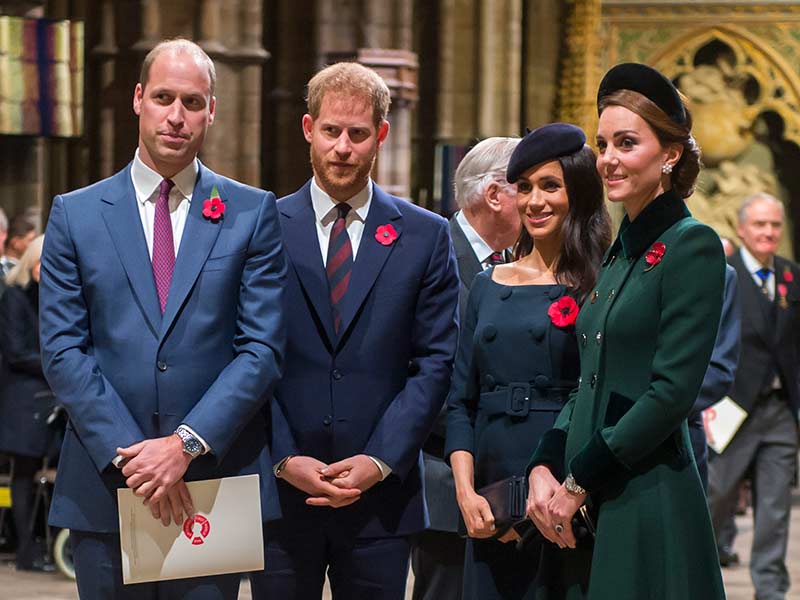 Prince Harry, meanwhile, has continued with his royal duties. On Thursday, the younger son of Prince Charles and the late Princess Diana, headed to London to join his sister-in-law Kate at the Anzac Thanksgiving Service held at Westminster Abbey. The Duchess of Cambridge attended solo while husband Prince William was in Auckland, New Zealand honoring victims of the Christchurch attack, which occurred on March 15.

So the countdown is definitely on for the royal baby's arrival! Click here to read all the latest on Baby Sussex.