Queen Elizabeth and Princess Eugenie spent some sweet grandmother-granddaughter time on Thursday during the traditional Maundy service at St. George’s Chapel in Windsor. If you’re not familiar with the royal event, the Queen hands out commemorative coins to deserving pensioners during the annual service. This year, Her Majesty handed out coins to 93 men and 93 women in honor of her 93rd birthday, which will be on Sunday, April 21. The Queen and her granddaughter both looked Easter-ready with bright and floral ensembles. 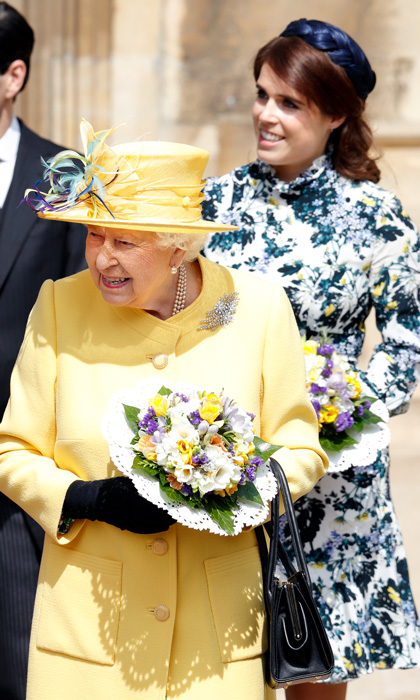 The British monarch, who was all smiles at the event, appeared cheerful in a bright yellow coat-dress by Stewart Pravin and a matching hat by Rachel Trevor-Morgan. Meanwhile, Eugenie looked polished and feminine in one of her favorite dresses – a chic and floral number by Erdem. The 29-year-old teamed her look with classic heels and a navy pillbox hat featuring an elegant braided detail. 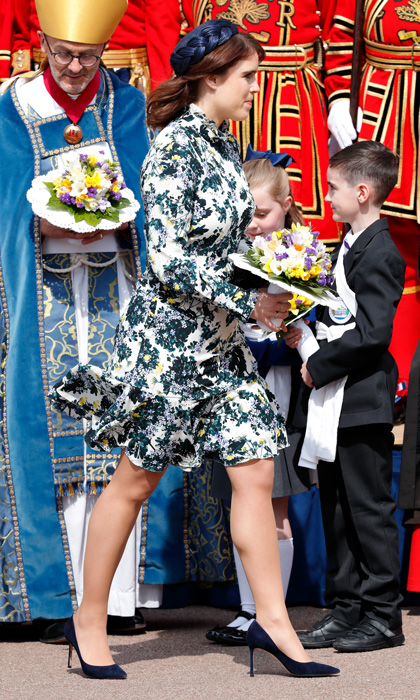 Eugenie recycled one of her favorite dresses by Erdem

Like royal fashion outfit recycler Kate Middleton, Prince William and Prince Harry’s cousin wore the printed number earlier this month to the Sharkwater Extinction premiere and has reached for it a number of times before for other royal occasions.

Like Eugenie, Meghan Markle and the Duchess of Cambridge have also proven to be fans of the Canadian Turkish designer having worn his designs multiple times. The Duchess of Sussex most recently wore one of his designs to one of her final engagements at Canada House before taking maternity leave.

Filled with excitement, Eugenie took to Instagram to share a couple of photos from the celebratory event. “Today, I accompanied my Grandmother the Queen to the Royal Maundy Service at St George’s Chapel,” she wrote. “It was an honour to watch Her Majesty distribute Maundy Money and celebrate the beginning of Easter on this sunny day,” she added.