Prince Harry is mourning the loss of a close fan. According to Australian media Daphne Dunne passed away at the age of 99. Daphne – who was the wife of an Australian war veteran – died shortly after her birthday, after a battle with pneumonia. Last week, the Duke and his wife Meghan Markle sent a personal letter wishing the royal watcher a happy birthday. “Dear Daphne, my wife and I send our warmest wishes to you on the occasion of your 99th birthday on Friday,” the card read. “We hope you have a wonderful celebration surrounded by family and friends and that you’ve managed to escape the hospital.” 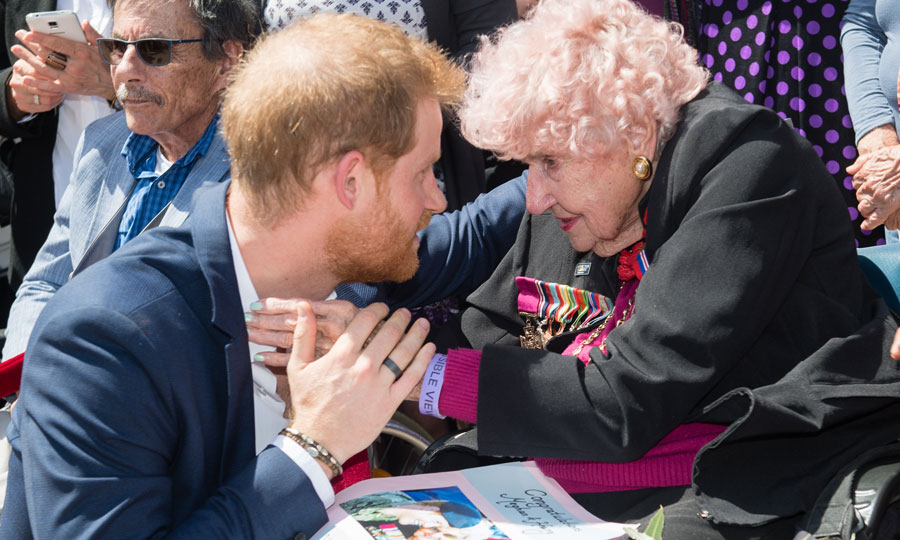 Daphne Dunne passed away at the age of 99 Photo: Getty Images

The note typed by the Prince the evening prior continued: “Congratulations on reaching this important and impressive milestone before your centenary next year. Happy Birthday Daphne. Best wishes, Harry and Meghan, the Duke and Duchess of Sussex." Daphne’s daughter shared that the card meant so much to her ill mother. Harry and Daphne had a series of sweet encounters. The pair first met in 2015, when the widow caught the Prince’s attention during a walkabout outside of the Sydney Opera house.

The royal serviceman was intrigued when he saw Daphne wearing her husband’s medals. The pair met again, two years later, in 2017. Daphne braved the rain and got a moment with the Prince, who was in town for the Invictus Games. “He kissed me on the cheek this time,” Ms. Dunne said. “He really is a lovely young man and he’s warm and genuine and really cares about the injured servicemen and women. He’s going a fantastic job supporting them.” 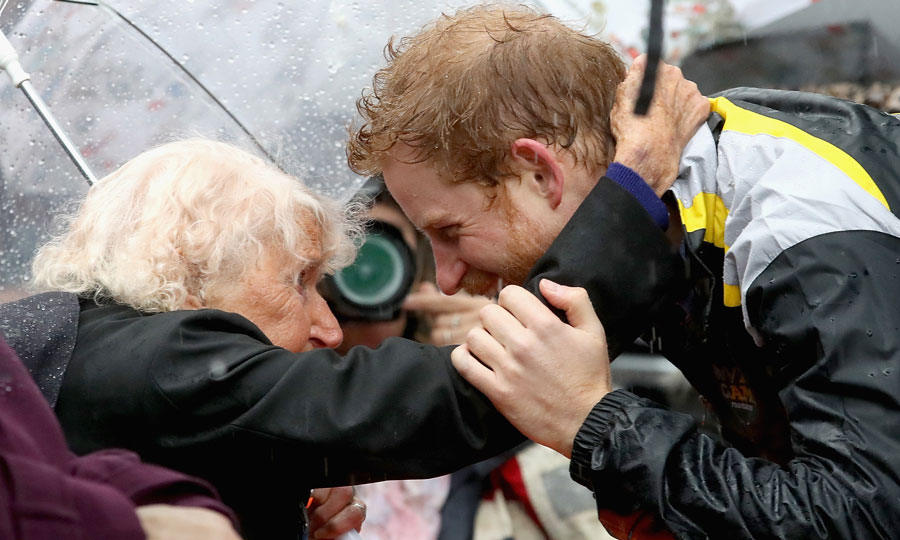 Harry’s and Daphne’s final meeting came with a special introduction. During the couple’s tour of Australia in 2018, Daphne was once again front row and center for a chance to meet the Prince. To her surprise, the Duke brought over his wife Meghan, who was in the early stages of her pregnancy. After their meeting, the excited royal fan spoke about her encounter. “I’m glad he’s got a wife now and soon a bubba.”