Fashionable friends Queen Letizia and First Lady Juliana Awada stunned on Monday, March 25, as they stepped out for a state dinner in Buenos Aires, Argentina. The Spanish monarch turned heads wearing a bespoke floral embroidered silk cocktail dress by one of her go-to designers, Carolina Herrera. 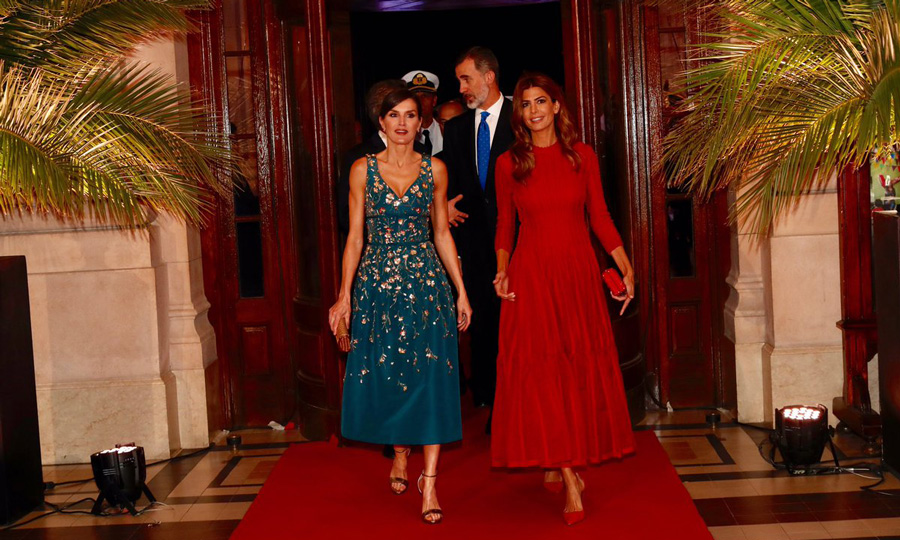 The ultra chic, sleeveless frock showed off the royal’s enviable, toned arms. Letizia complemented the gold floral detailing of her dress with strappy gold sandals. The royal finished her look by sweeping her tresses up into an elegant bun and gorgeous eye makeup. 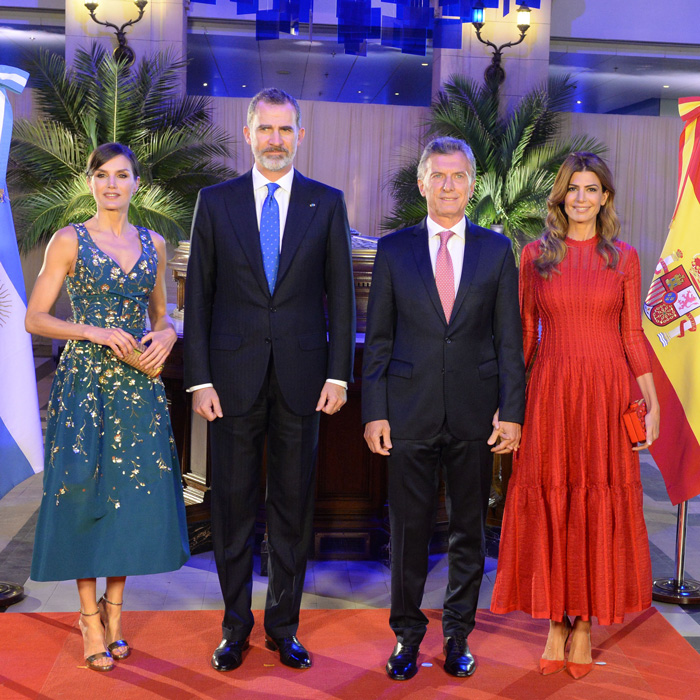 Meanwhile, Juliana looked equally stylish, opting for an all-red ensemble. The first lady of Argentina donned a midi dress that featured three quarter length sleeves, which she teamed with matching pumps. Unlike the Queen, Juliana wore her hair down.

Letizia and the first lady were accompanied by their respective husbands, King Felipe and President Mauricio Macri, to the dinner. The foursome appeared to be in great spirits as they cheersed their glasses. The event was held at the Kirchner Cultural Center in honor of Queen Letizia and King Felipe’s state visit to Argentina. Roughly 400 hundred guests attended the dinner, during which tango dancing took place. 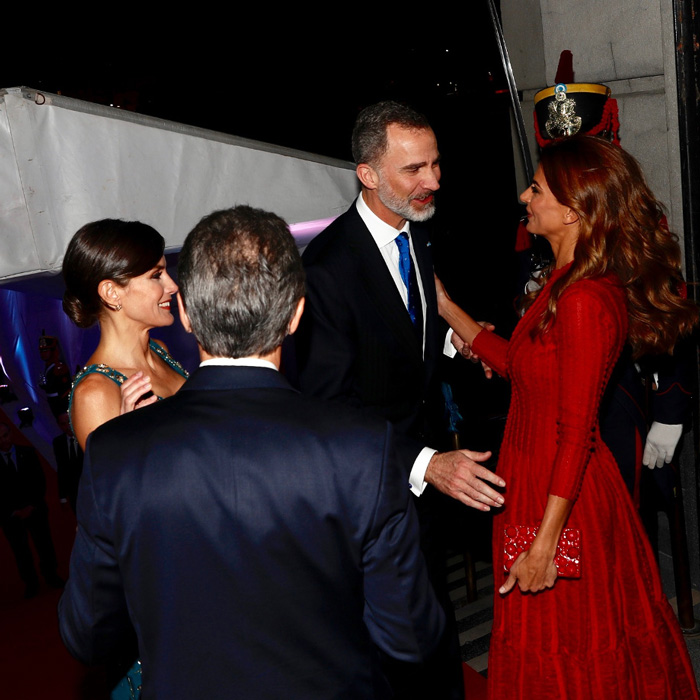 The Spanish monarchs are currently carrying out a three-day trip to Argentina that aims to “highlight and reinforce the historical bonds and the bilateral relations between both countries.” Earlier in the day, Letizia looked effortlessly stylish wearing an ivory dress by Spanish designer, Pedro Del Hierro for her reunion with Juliana. The Queen and King of Spain arrived to the South American country on Sunday. 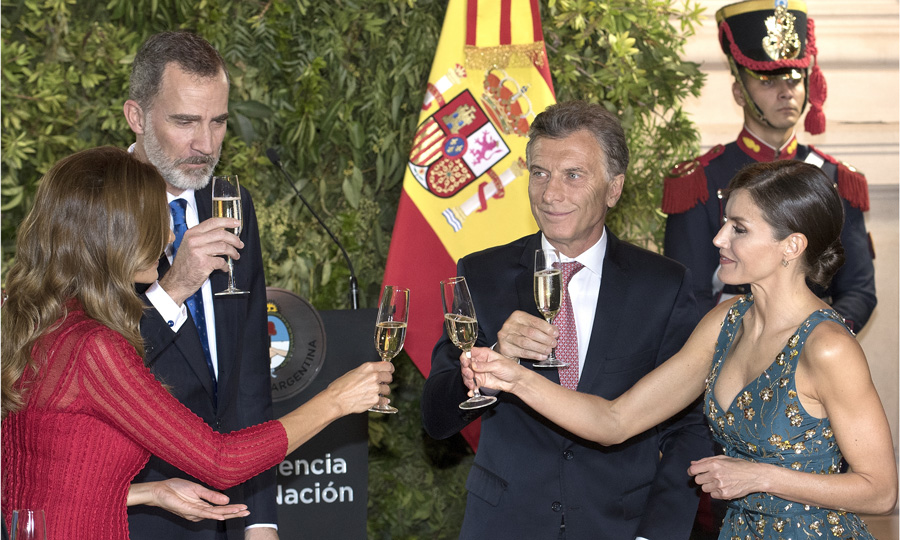 Tango dancing took place at the dinner on Monday, March 25

The royals' state visit comes two years after the first couple of Argentina visited them in Spain. At the time, Letizia and Juliana put their fashion credentials on display with an array of glamorous looks.