Good thing Prince Harry still has time to get the hang of the dad thing! The royal father-to-be had a special meeting with five-week-old James Chalmers and his mom Kornelia during his visit at the Queen Elizabeth Hospital on Monday, March 4. Harry, 34, reached out to tickle little James – who wasn’t really in the mood – and began to cry. Meghan Markle’s husband adorably jumped at the little guy’s reaction. Always a good sport, Harry was all smiles when James’ dad JJ quipped: “It’s your turn next.” 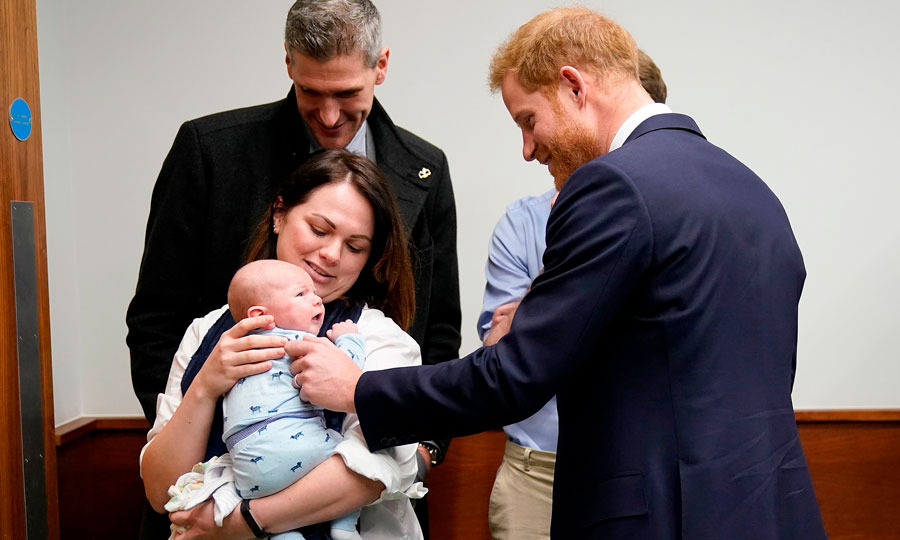 MORE: Meghan Markle's sweets table revealed – does it give a hint at the royal baby's gender?

Harry and Meghan, 37, are expected to welcome their first child in April. The Duke and Duchess of Sussex have spent the last few months prepping for parenthood. In was revealed that the duo, who just took a trip to Africa with their “little bump,” are putting the final touches on their Frogmore Cottage home. The former Suits star recently celebrated her upcoming bundle with a lavish baby shower in NYC.

After videos of the decorations were revealed, fans believed the royal and her friends were celebrating a baby girl. Last week, the palace shut down rumors that the Duke and Duchess were planning to raise their first child as “fluid.” After Vanity Fair reported that the Duchess told friends they would raise their child gender fluid, Kensington Palace called the claims “totally false.” While the royal duo has kept the details surrounding their upcoming royal baby private –they have been working on their parental humor. During their three-day visit to Morocco, Prince Harry tried his hand at some dad humor. 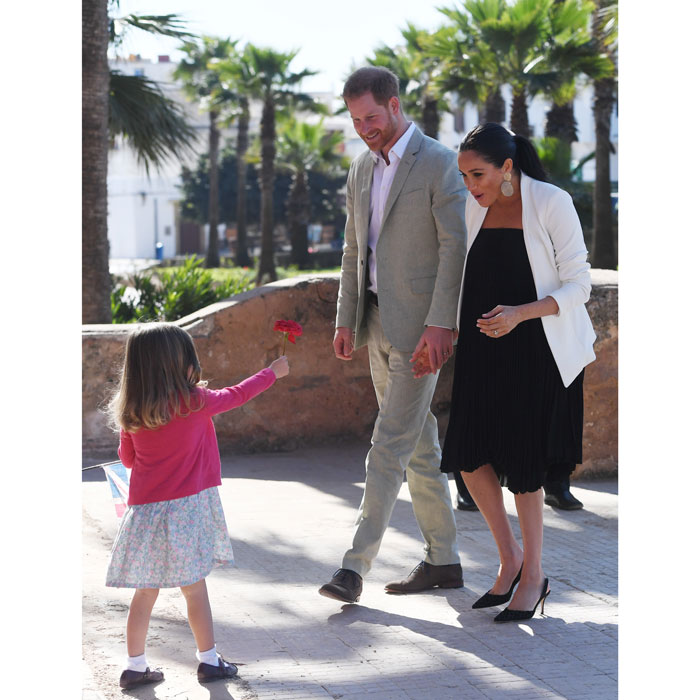 The Duke and Duchess are preparing to welcome their first child Photo: Getty Images

When Meghan was congratulated on her pregnancy, Harry cheekily replied: “What! You’re pregnant. Meghan followed up with a loud laugh and “surprise.” The soon-to-be father rounded out the hilarious moment by asking “Is it mine?” Harry and Meghan have a few more events on their diaries – ahead of welcoming their baby. On Tuesday, March 5, the couple are set to have a double date night with Prince William and Kate Middleton. On Friday, March 8, Meghan will participate in a panel celebrating International Women’s Day.