Remember when Meghan Markle made a quick comeback to Instagram for a hot second back in December? Well, that was most definitely a glitch, but turns out the Duchess of Sussex had been keeping a secret Instagram account this whole time! She only used it to follow her closest friends, but according to new reports, the expecting royal deleted said account to "protect her mental health." So what exactly happened? After her engagement and marriage to Prince Harry, Meghan had to give up her Instagram presence because – along with the many rules they must adhere to – British royals with formal working roles are also not allowed to have any sort of social media presence. However, like many of us, Meghan apparently found it hard to resist the pull of the double tap game. That led to the creation of a mega-secret Instagram account to follow only a few of her closest friends. But negative backlash from social media trolls caused her to delete her account.

According to The Sun, Meghan made the decision to delete her top-secret account around Christmas time. A source revealed that she was feeling "isolated and alone." Certain stories and comments that characterized her as "Duchess difficult" pained the Duchess. “There was some really vile stuff written by social media trolls and obviously she also saw the headlines about her," the source shared. "It really got to her and, in the end, she had to shut down that account just before Christmas, too, to protect her mental health. She felt very isolated and alone.” 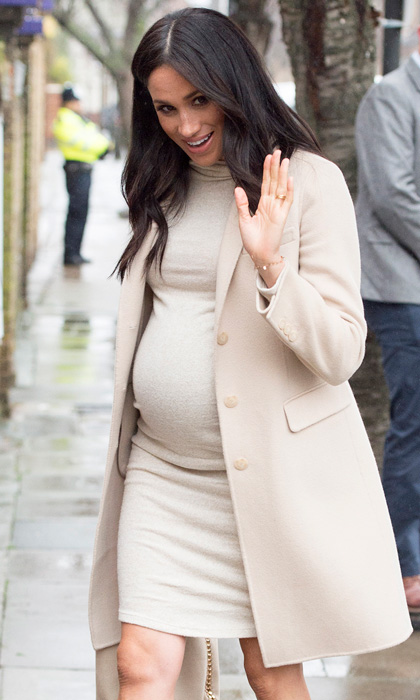 According to a new report, The Duchess of Sussex deleted the secret account to "protect her mental health."

With a royal baby on the way, it's good that the Duchess of Sussex is choosing to focus on living her best life without the trolls.