Could this be Meghan Markle’s boldest look yet? As the pregnant Duchess of Sussex arrived for her first joint royal engagement of the year with Prince Harry in the UK on Monday she gave a masterclass in statement color dressing - and royal fashion fans felt they’d seen the combination of regal shades somewhere before. Meghan looked perfect in a pillar box red coat by Canadian label Sentaler over an equally striking purple dress by Babaton for Aritizia which perfectly showcased her growing baby bump. The shade combination was one that was favored by Harry’s mom, Princess Diana. Meghan added vertiginous red high heel shoes and wore her raven hair in a tried and tested sleek bun. Completing the look was a Gabriela Hearst Nina bag in tan. 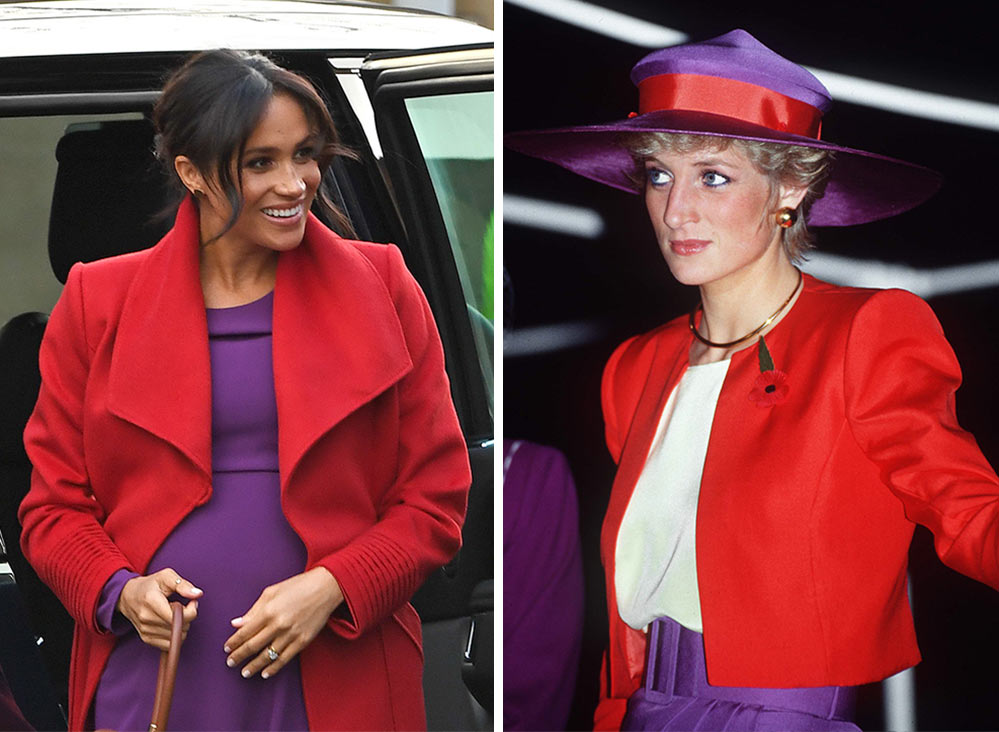 Meghan's royal color clash was a favorite hue combo of Princess Diana - who rocked the look on a trip to Hong Kong in 1989 Photos: Getty Images

Related: Has the gender of Meghan Markle and Prince Harry's baby been revealed?

The bright combo – which is a departure from the dark colors and muted tones that Meghan often favors - was an outfit that the late Princess of Wales would surely have loved. Diana often stepped out in eye-catching dresses of red and purple, and combined the hues on various occasions – most notably during an official visit to Hong Kong, when she turned heads in a color clash suit by Catherine Walker and matching wide-brimmed hat. 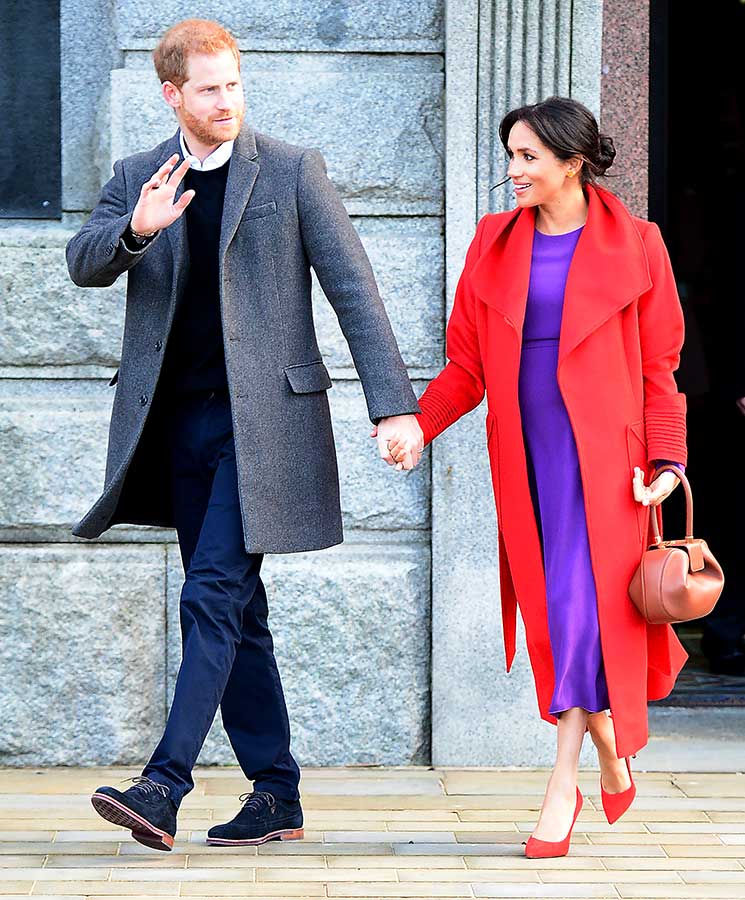 Meghan gave a masterclass in statement color dressing as she joined Prince Harry on their first joint engagement of the year Photos: Getty Images

Meghan’s upbeat tribute stuck a suitable positive note for Meghan’s outing with her husband on Monday, during which the pair visited a charity organization in Birkenhead – a town in the Wirral area of Merseyside, opposite Liverpool – which helps women in vulnerable circumstances.

Related: Meghan makes first royal patronage visit - and her shoes will floor you! 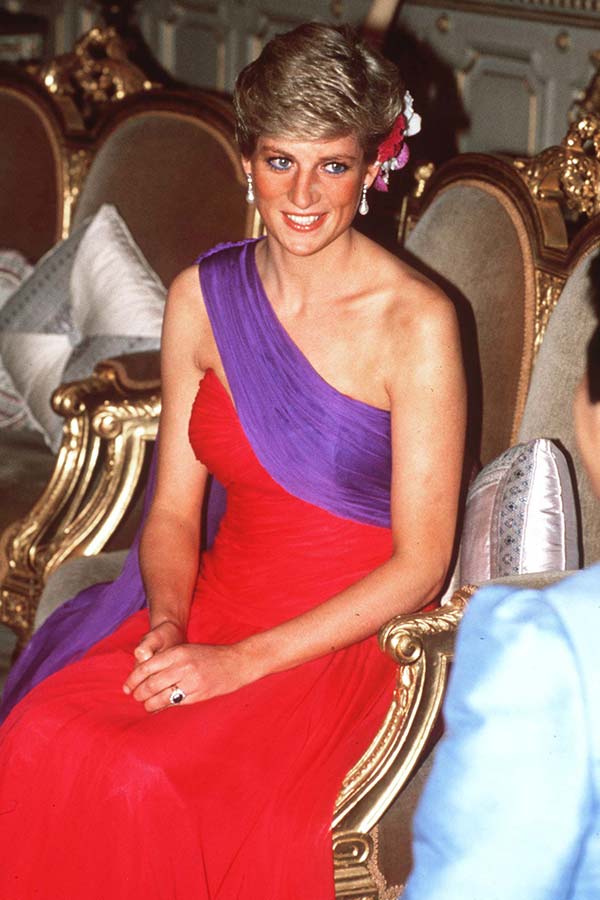 During the trip to Tomorrow’s Women Wirral in the North of England the pair spoke with workers and women who have been helped by the organization, which offers workshops, educational training courses and support groups around the areas of mental health issues, domestic abuse and addiction.