Genetic-lottery-winners and always adorable Hollywood couple, Chris Hemsworth and Elsa Pataky, are not only on our list of inspirational couples to look up to – they’re now our latest #couplesgoal for all things health and fitness. The pair, who have been married eight years, have just shared Chris' new project of the heart, wellness app Centr, via Instagram. The Avengers: Infinity War star took to social media to promote his new project while also thanking his supporters with a short clip he posted on the 'gram. Meanwhile wife Elsa and HOLA! USA March cover star, shared a re-post of a video featuring her healthy lifestyle. 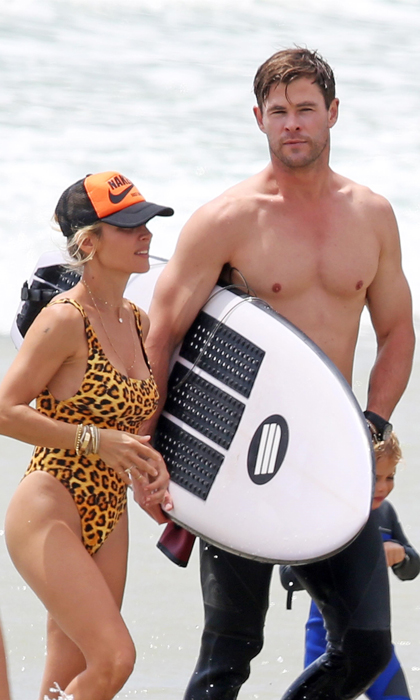 With the launch of Chris' new fitness app, he and Elsa have just won #fitnesscouplegoals

“She works hard in the kickboxing ring, and finds peace on the yoga mat. Elsa Pataky knows living a happier, healthier life is all about finding that balance, both in and out of the gym,” reads the caption below a video of the 42-year-old actress-model boxing and performing yoga. There’s no doubt that healthy food and consistent exercise are at the top of the international couple’s minds. Elsa’s gorgeous trim figure (post three kids: India Rose, six, and four-year-old twins Tristian and Sasha), and Chris’ stunning physique, is evidence of the school-of-hard-knocks regime they faithfully follow.

MORE: Elsa Pataky reveals the one thing she does that really embarasses Chris Hemsworth

Furthermore, the husband and wife are featured on the March issue cover of U.S. Men’s Health and Australia’s Women’s Health, respectively, where they talk about their personal fitness and food ethos. In his Instagram clip, the Thor actor explained how the idea of a health and wellness app began. “This idea started a few years ago when I realized how lucky I was to have interacted with some of the experts in the field of mindfulness, training, nutrition, general health and well being, and thought wouldn’t it be cool if I could bring all those people together into one splice and give you guys access to that team who have had such a profoundly positive impact on my life and made me a happy, healthy person, and may be of some benefit to you guys.”