Is North West too young to have her hair straightened? The little girl's mom Kim Kardashian has spoken out about criticism she received – and revealed whether the five-year-old has extensions – after North was spotted with her naturally curly hair in a long, poker straight style. The adorable tot was photographed at a birthday lunch with her mom and dad rocking a high Ariana Grande-style ponytail – a major change from her usual crown of curls. North's glamorous look, worn to her joint unicorn-themed birthday party with five-year-old cousin Penelope Disick, was thanks to celebrity stylist Chris Appleton. 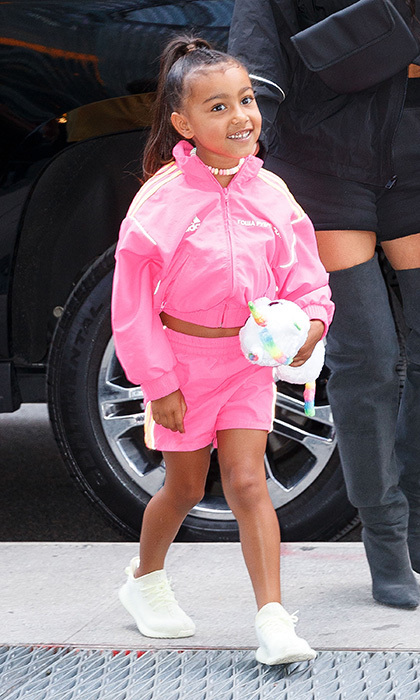 Many of Kim's fans weren't too happy to see North wearing her curls in a poker-straight style – and assumed the five-year-old was wearing grown-up extensions Photo: Getty Images

Many of Kim's 113 million Instagram followers weren't too happy about North’s hairstyle, advising the 37-year-old that the look is too grown up. But it an interview with The Hollywood Reporter, Kim played down the backlash, explaining North's wasn't due to extensions and that North had requested the style for her birthday. "She wanted straight hair and I straightened her hair one time," she said at the opening of her first KKW Beauty pop-up shop at Westfield Century City, Los Angeles. "It’s funny, because online everyone thought that we pressed it and did this whole thing. It was just a flat iron. I even read that she had extensions on!

RELATED: NORTH WEST IS INTERVIEWED FOR THE FIRST TIME

"She has curly hair, so when you straighten her hair, it’s gonna look really long. I can’t believe people didn’t get that. Sometimes you just have to tune it out! It was her birthday and all she wanted was to try to have her hair straightened." 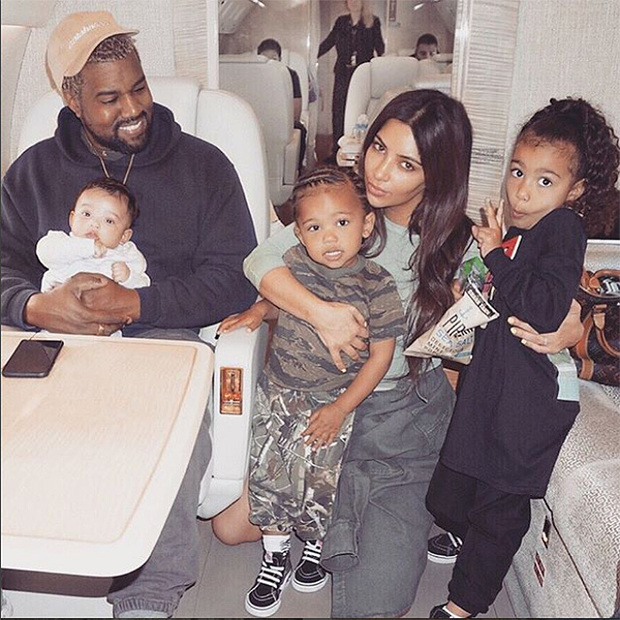 Kim and Kanye with their children Chigago, Saint and North who is rocking her naturally curly hair Photo: Instagram/@kimkardashian

Kim went to to say that her daughter embraces her natural hair and the flat iron look is reserved for special occasions. "I’m not gonna let her straighten her hair all the time, but if she wants it that way two or three days a year, then that’s fine with me," Kim said. "She loved it, but she loves her curly hair, too."

In a chat with Interview last year, Kim said she is always mindful of the fact that she and Kanye are raising biracial children – and that includes embracing their natural hair. “I’m very conscious of it,” she told the magazine. “Kanye always has his family around and people who look like my daughter—that’s important to me. She’s obsessed with her curly hair, and if she finds someone who has the same hair, she runs to them and is like, ‘You have curly hair like me?’ And we get to talk about it."