Kim Kardashian starts her morning by looking at this sweet face! The 35-year-old reality TV star shared an adorable picture of her and Kanye West's newborn son Saint on her Instagram on Friday.

You're the sun in my morning babe

"You're the sun in my morning babe," she captioned the picture of her 3-month old, who looks like he is fresh from bath time.

Showing off his big brown eyes for the camera, the littlest Mr. West looks a lot like his 2-year-old big sister North,

Saint made his first social media debut in February on the Kim Kardashian app in honor of her late father Robert Kardashian's birthday. 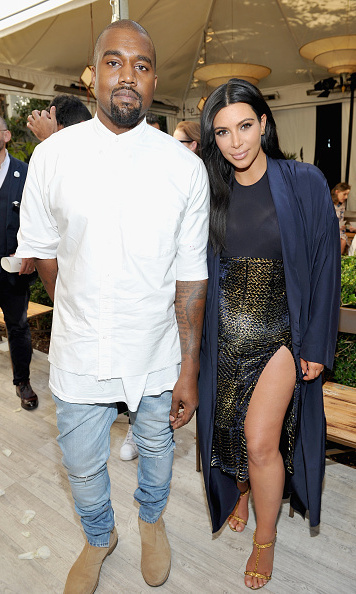 Kim and Kanye welcomed Saint into the world on December 5 2015 Photo: Getty Images

"I know there's nothing more in the world he would have wanted than to meet his grandchildren," Kim shared in a special message. "So I wanted to share this pic of Saint with you all."

Earlier this week the mommy of two shared an adorable pic of her oldest daughter North showing off her hula dancing skills.

"Watching North in her hula girl costume trying to hula dance," she said in a post entitled "Currently" alongside the picture of little North out of her usual ballerina tutu with her curly hair flowing.

It seems like Kim has her hands full with her two little ones. In a blog post she shared what it is like having multiple children.

"My mom [Kris Jenner] would always say, about having kids: 'One is like one, and two are like twenty, she wrote. "I never really understood that until now."