With her 50th birthday only a few years away, other celebrities in Julia Roberts' shoes would be on a first-name basis with their plastic surgeon — but not the Normal Heart actress.

Julia opened up to the UK’s You magazine about her choice to abstain from cosmetic enhancements to her appearance. "By Hollywood standards, I guess I've already taken a big risk in not having had a facelift,” the Lancôme spokeswoman said. 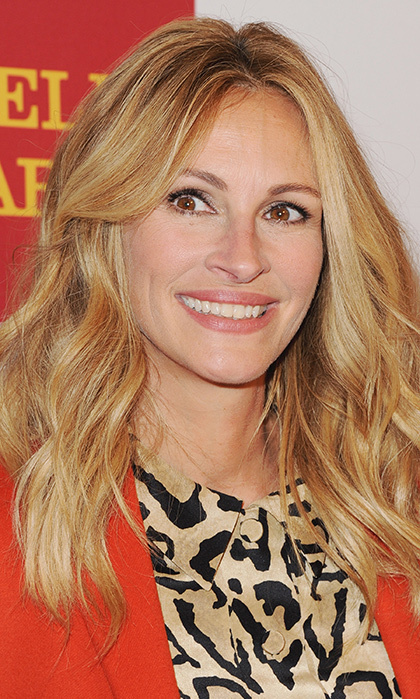 “I’ve told Lancôme that I want to be an aging model," Julia added, "so they have to keep me for at least five more years until I’m over 50.”

The mother of three, who has mastered the art of aging gracefully, credits "studying yoga on a more conscious level” for her youthful appearance. She also relies on a low-stress lifestyle, which keeps her happy and healthy. 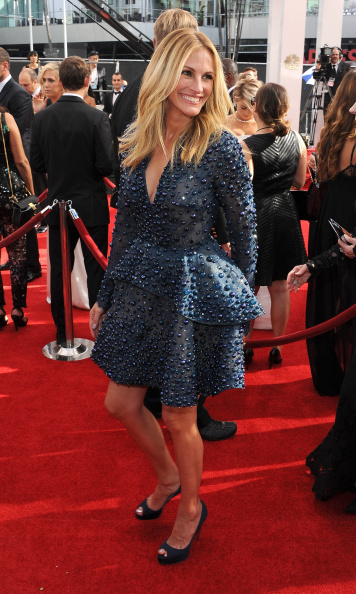 Julia showed off her legs at the Emmys in August

"There's a lightness to my life now — an airy quality of not taking things too seriously. That's happiness,” the actress said.

Perhaps not living in the middle of the hustle and bustle of Hollywood helps too. Julia lives in New Mexico with her husband Danny Moder and their three children — twins Hazel and Phinnaeus, 9, and Henry, 7.

Julia’s comments come just a week after Renée Zellweger came under fire for her new look at the Elle Women in Hollywood Awards.

The 45-year-old Bridget Jones actress responded to the comments about a change in her appearance, saying "I'm glad folks think I look different" and adding that she is living a "happier, more fulfilling life."