Parents-to-be Blake Lively and Ryan Reynolds hit the red carpet in New York City on Monday for the first time since announcing that they are expecting their first child together.

All eyes were on the happy couple — in particular Blake, 27, who put her bump center stage in a plunging yellow Gucci gown that clung to her new curves. 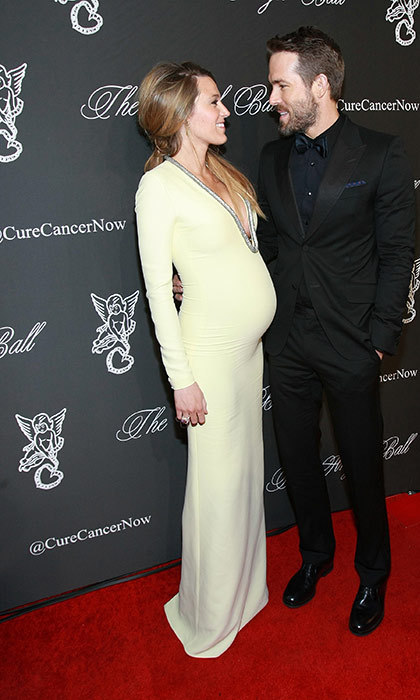 Blake and Ryan are expecting their first child together

Understandably, Ryan, 37, couldn't keep his eyes off his beautiful wife, and stood with his arm protectively wrapped around her waist as the couple posed for cameras outside the Angel Ball, which honors those who have made significant contributions in support of cancer research.

"Ryan was really sweet throughout the whole night," an eyewitness at the event told E! News. "He was rubbing her shoulders, putting his arms around her and when Blake got up, he got up." 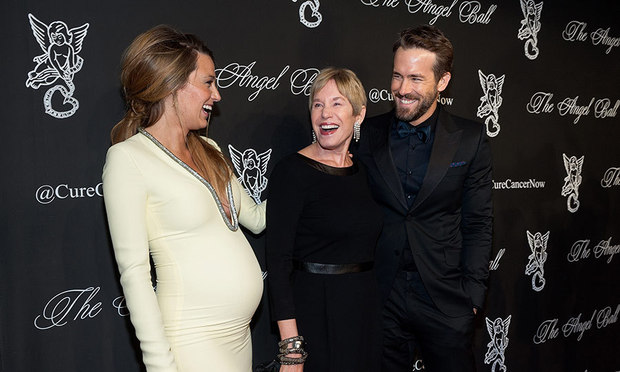 "They were smiling with each other and he kissed her on her cheek at one point," the insider added. "He also touched her belly."

Blake and Ryan, who celebrated their second wedding anniversary last month, announced their pregnancy news on October 6. And in the few short weeks since, the handsome actor, 37, has already been talking baby names. 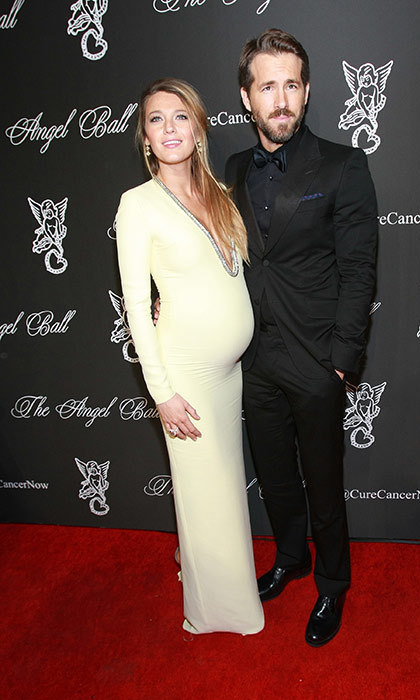 "I don't want a name that's anything pretentious, or, like Hollywood-y. So I'm going with Excalibur Anaconda Reynolds… that's if it's a girl," Ryan joked with Canada's eTalk. And if it's a boy? "Bruce Jenner," he replied.

Blake has also talked excited about her baby's arrival. "[Motherhood] is something I've always wanted ever since I was a little girl," she told US Weekly.

"I never knew what I wanted to do for a living, but I knew I wanted to have a lot of kids because I had come from a big family, so it was always important to me."