Jennifer Lopez dazzled on the set of Marry Me with yet another breathtaking piece. This time, the 50-year-old star was seen wearing a stunning silver sequined (try saying that three times) asymmetrical dress featuring an elongated one-sleeve detail and a sexy, thigh-high slit. As for accessories, her dress was cinched at the waist with the help of a thin black belt and glittery black platform heels. It appeared as though JLo was filming a red-carpet scene for two reasons: 1) she was standing on one 2) her sparkly get-up. 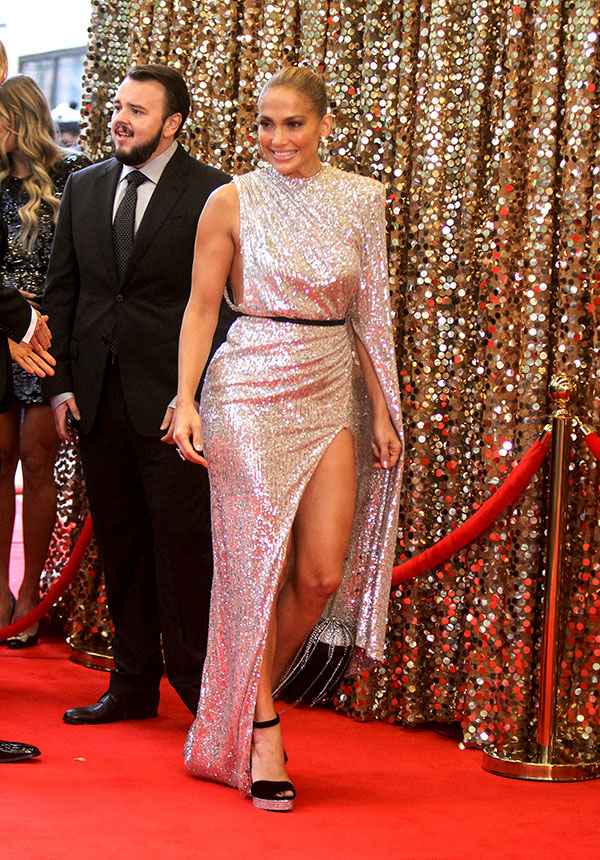 Since filming for the upcoming film which also stars Maluma and Owen Wilson, the Hustlers star has been caught in a series of glam, drop dead gorgeous looks, including a captivating embroidered wedding dress by Zuhair Murad, the same designer behind Sofia Vergara’s wedding gown. Ahead of the bridal scene, the Medicine songstress glistened in a fiery ruby red dress by Alex Perry – a look we stan for its head-turning and sophisticated approach.

During the scene in which the mom-of-two appears with Game of Thrones star John Bradley, JLo is seen in full character mode while smiling at the camera. Like in real life, her character’s wardrobe requires a high dose of glamour. According to the official IMDB page, the plot of the rom-com conveys how "A pop superstar is jilted by her rock-star fiancé moments before their wedding at Madison Square Garden, so she marries a random guy from the crowd instead." 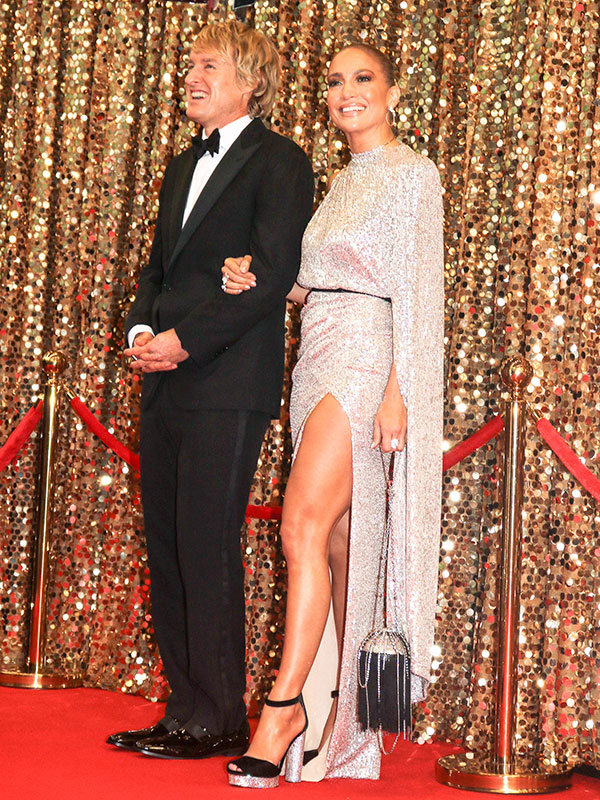 JLo and Owen filmed a red carpet scene for Marry Me

Of course, the Baila Conmigo singer plays the role of the popstar, meanwhile Maluma plays her rockstar fiancé who does her wrong. And you guessed it – Owen Wilson is the random lucky guy, who marries her, but we’ll have to wait and see how it all plays out until the movie hits theaters in 2020.

In the meantime, let’s keep enjoying the behind-the-scenes of the anticipated film.