Natalia Barulich and Maluma are one of the greatest celebrity couples of our time. They are totally obsessed with each other (please see their court-side kisses), they post cute social media pics together and (most importantly), they are the proud parents of Princesa Julieta, a Pomeranian pup that a) has her own social media profile and b) has her own Birkin bags. The A-list couple recently shared a cute picture of their dog sporting major swag that we, the people, naturally had to write a story about. 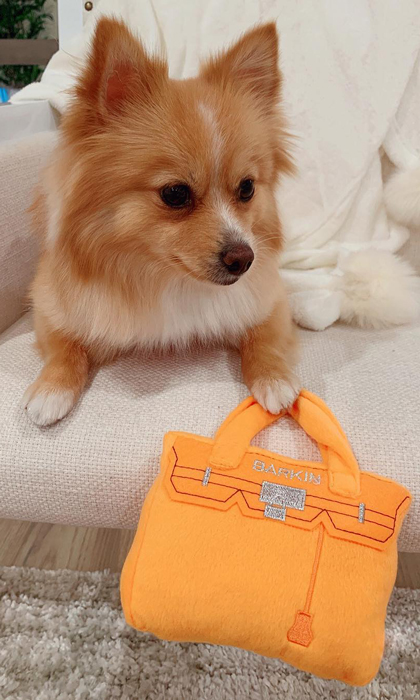 Maluma and Natalia posted the picture on their dog's profile that featured Princesa Julieta sitting pretty and posh with an orange plush toy designed after the Hermès Birkin Bag, but with the logo reading "Barkin." The caption read: "Mami took me to @vanderpumpdogs today for my amazing spa day with @martinsgrooms...on top of that she got me my very first Barkin. Gracias mami, te amo."

The couple visited Lisa Vanderpump's dog rescue center/boutique Vanderpump Dogs followed by a lunch in Beverly Hills. But the best part of this outing was that Natalia was also sporting her own Birkin swag. The 27-year-old model was spotted wearing a light sundress paired with sunnies and a white Birkin bag. Maluma followed close behind with a Guns N' Roses t-shirt. 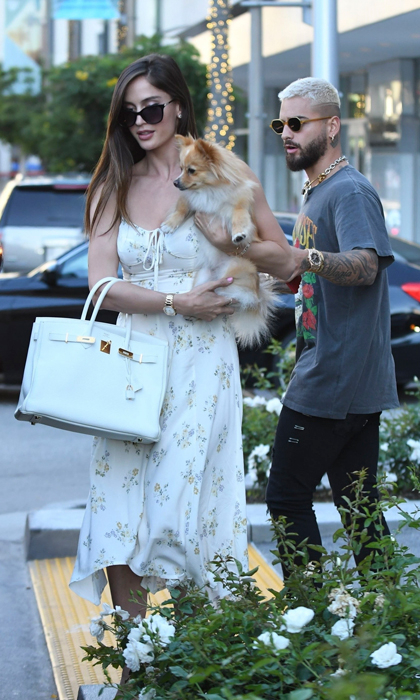 Both Maluma and Natalia manage Princesa Julieta's social media account, where they're constantly updating it with picture-perfect posts of the little pup. Whether she's flying private or enjoying a Sunday brunch, Princesa Julieta is always putting her best fashion paw forward. And now, we can expect more pics of her sporting her new Birkin swag.