Kim Kardashian has won $2.7 million (£2.2 million) in a lawsuit against Missguided executives for using her name and likeness to sell cut-price imitations of her dresses. Brand bosses will also reportedly have to cover the Keeping Up with the Kardashians star's attorneys fees. "Missguided has repeatedly used Kardashian's name and likeness without permission on its social media platforms to promote the sale of its clothing," the judge said during the ruling. According to TMZ, members of the court pointed out the label's website has entire pages dedicated to selling budget-friendly copies of looks Kim has worn, and they feature images of the 38-year-old, suggesting she is associated with the brand. 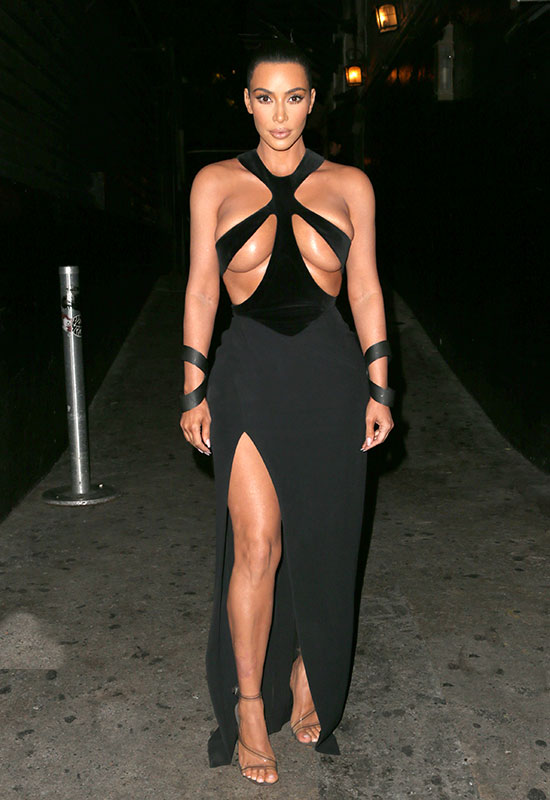 RELATED: Kim and Kourtney (plus the kids) take Costa Rica

Kanye West’s wife won the case after Missguided USA representatives failed to respond to the filing so Kim was automatically awarded the sum in a default judgment. The company has also been blocked from using the mom-of-four’s image and trademarks. In the initial suit,

Kim's lawyer, Michael Kump, claimed his client had taken issue with the fashion executives posting photos of herself and tagging her in posts. He explained that they were doing so to: "Capitalize on her celebrity status and social media following in promoting the sale of its upcoming product," he said in a statement.

Back in February, she criticized Fashion Nova for creating a cheaper version of the revealing Thierry Mugler cut-out gown she wore to the Hollywood Beauty Awards show days before. She said: "I'm not leaking my looks to anyone, and I don't support what these companies are doing."

As Kim celebrates her victory at court she's busy working on her own fashion project. The TV star and businesswoman is preparing to launch her new shapewear line - although she needs to come up with a new name for it. Kim shelved ideas to title it Kimono, after fans complained that the moniker was culturally insensitive. “Being an entrepreneur and my own boss has been one of the most rewarding challenges I’ve been blessed with in my life. What’s made it possible for me after all of these years has been the direct line of communication with my fans and the public,” said the 38-year-old as she announced plans for the switch.