Camila Cabello is burning up! The 22-year-old songstress made an appearance at the 2019 Cannes Lions Festival on Tuesday, June 18 in Cannes, France, and if you were to describe her outfit using only emojis, they would be three little fire emojis. With the help of JLo's stylist Rob Zangardi, Camila sported a colorful patterned suit with equally stunning pumps. It was one of the singer's hottest looks to date. 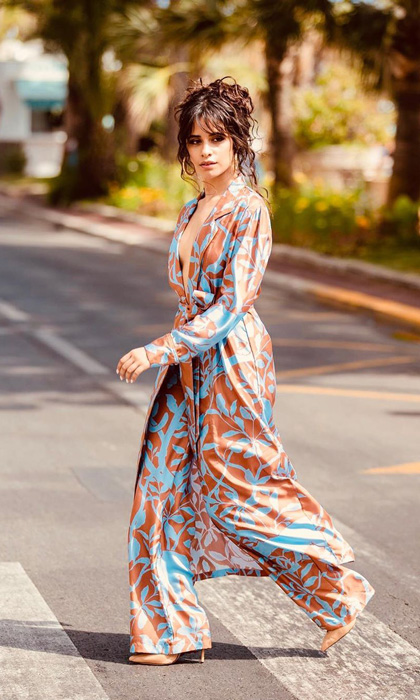 The Havana singer's colorful getup was a Johanna Ortiz-designed-suit, which features a plunging neckline. Camila paired the outfit with beige Schutz heels and finished off the look by wearing her waves in a sultry updo. In true Camila fashion, she took to her social media to post different angles of the straight up iconic outfit. One photo sees her strutting down the street, while another features Camila standing with eyes closed. In one picture, she is sitting and staring off into the distance. "I know nothing," she joked in her caption.

Camila's stylist Rob previously helped another fellow Latina Jennifer Lopez get red carpet-ready at the CFDA Awards, where the 49-year-old singer was awarded with the Style Icon Award. For that night, he put together a two-piece orange number by Ralph Lauren for the singer.

The Havana singer was at the Cannes Lions Festival this week to talk shop. She joined Executive Editor of Music at Variety Shirley Halperin and Chief Content Officer at Spotify Dawn Ostroff on stage to discuss the future of the music industry. The singer recently shared with her fans that she has written and has 49 songs to choose from for her upcoming album. "I’ve known the title for months now and I want to explode and tell everybody...I’ve written 49 songs for this album and I still have so much left to say," she wrote on her social media. 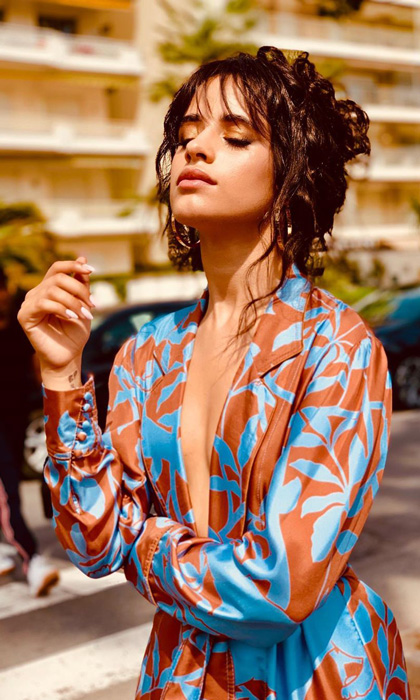 Next up for Camila? She slated to star in a new Cinderella film alongside James Corden.