Princess Eugenie knows how to make one look work for two occasions. On Wednesday, Prince Andrew’s youngest daughter stepped out to the Duke of Edinburgh Awards followed by the Animal Ball Art Show wearing an iridescent teal and coral ombre dress by Peter Pilotto. The sleeveless design is perfect for a spring event (or two!) for it combines a chic mock neck, cinched waist thanks to a matching tie and elegant tea length. The flowy number also featured an all-over silver metallic leaf pattern adding a standout element to the classic style. 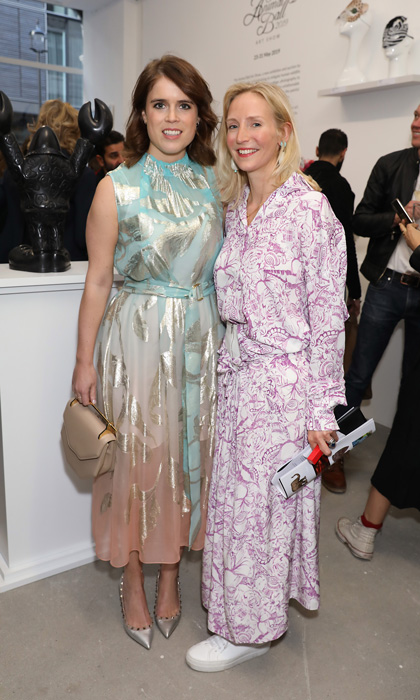 The 29-year-old complimented her look with her favorite accessories combo. Eugenie reached for her go-to nude handbag by M2 Malletier and silver Valentino Rockstud pumps which perfectly coordinated with the metallic leafing of her dress. On the beauty front, she kept her makeup glam yet simple with subtle eyeliner, rosy cheeks and a pretty pink pout. She wore her hair down with her signature waves.

With her latest look, Eugenie shows how royals too can rely on practicality and opt for a dress that can easily take them from daytime chic to nighttime glam. Recently, Prince William and Prince Harry’s cousin has proven her style keeps getting better and better. 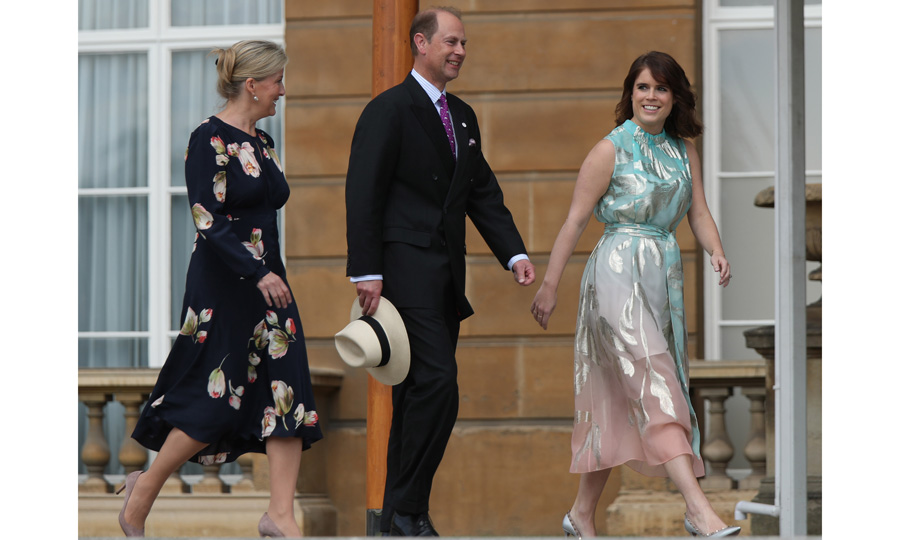 During her first royal engagement as a married woman in March, Eugenie wore a short cream-colored dress by Maje paired with classic black heels and Chloé’s mini Minaudiere handbag. Her sartorial choice was elegant enough for a royal engagement, but also modern for all fashionistas to love. And that’s just one of the many times she has appeared on our royal style round-ups.

At the Duke of Edinburgh Awards, Eugenie was joined by her uncle, Prince Edward and his wife, the Countess of Wessex at Buckingham Palace. Later in the day, she was accompanied by her sister Princess Beatrice where they enjoyed a private viewing at the Animal Ball Art Show.