Did you hear? Sophie Turner married Joe Jonas on Wednesday night! Shortly after the 2019 Billboard Music Awards the formerly-engaged couple had a surprise ceremony that took place at a chapel complete with an Elvis impersonator! Sophie and Joe, who had been engaged since 2017 got married, in true Las Vegas form obtaining their marriage license on Wednesday, May 1. The Game of Thrones star and middle Jonas said ‘I do’ in front of their friends and family and we were privy to the news when Diplo started streaming the ceremony through his Instagram stories. We got a glimpse of what the beautiful bride was wearing! 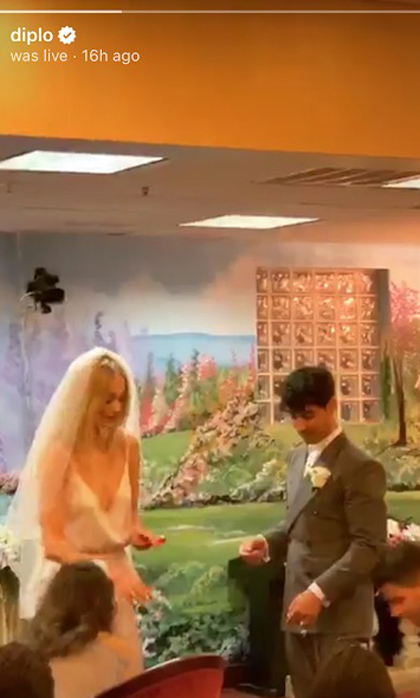 Being that Sophie’s style is cool and edgy (did you see her futuristic red carpet look?), it’s no surprise she reportedly opted for a chic silky white jumpsuit from Bevza rather than a traditional wedding gown. The sleek number which retails for $755 is perfect for a modern-day bride – and best of all – one can even wear her entire look minus the veil for any other summer occasion. We stan a versatile dress!

Sophie’s look was elegant and effortless, and we loved how she added a little sparkle by teaming her ensemble with a pair of gold Penny Knot slides from Loeffler Randall, $395. The party-ready mules were a perfect choice as they’re made of a crinkled metallic weave that screams fancy. 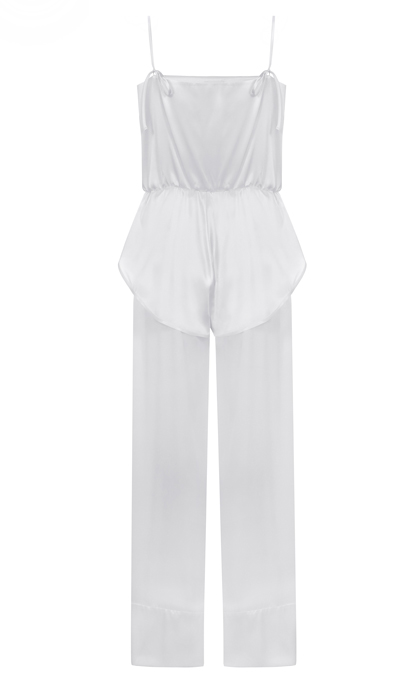 Her jumpsuit is a silky one-piece that retails for $755 Photo: Bevza.com

The 23-year-old added bridal vibes with a sheer veil, and to be honest, we would totally rock her entire look on a girl’s night out or even a hot date. Not only is it spring-summer-ready, but it’s also a timeless piece that truly will never go out of style. 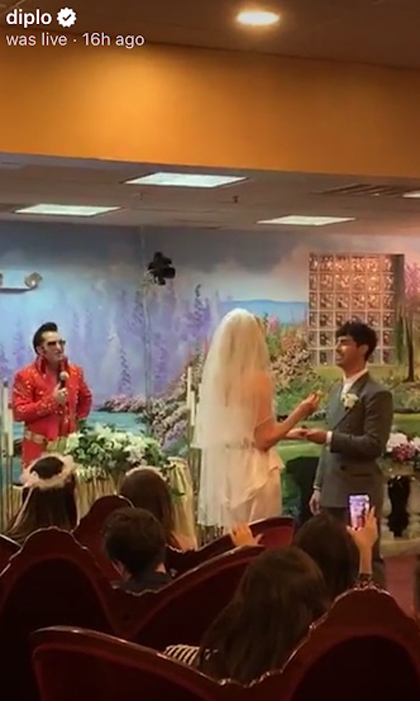 Joe and Sophie had been engaged since 2017 Photo: Instagram/@diplo

Nonetheless, surely she already has a stunning wedding gown picked out for their upcoming wedding. During the GOT premiere last month, the new Mrs. revealed her co-star Maisie Williams, who plays her sister -the great and fearless Arya Stark- in the HBO series, is going to be one of her maid of honors and apparently she already has a bridesmaid dress picked out for her. "I’m giving her the bridesmaid's dress!" she said.