Serena Williams is officially back on the tennis court and making another statement! On Tuesday, January 15, the athlete competed against Germany’s Tatjana Maria for her first Australian Open match. Although the mommy-of-one took home the win – it wasn’t her game that turned heads. During the match, Serena rocked a green Nike romper and fishnet tights. The outfit, which she deemed the “Serena-tard,” was another chance for her to showcase her impeccable court style – and make a bold statement for moms everywhere. 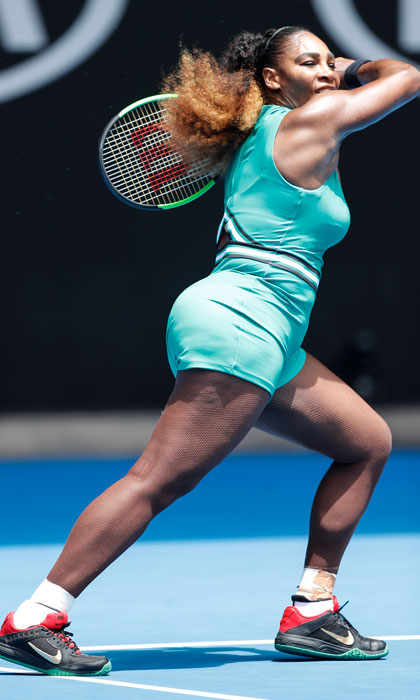 “I knew that I’d been working really, really hard in the off season to be incredibly fit and incredibly ready,” the champion said during a press conference. “Nike always wants to make and incredibly strong, powerful statement for moms that are trying to get back to get fit, so that was basically it for me.” Following the match, Serena took to social media to showcase the outfit – next to a special caption that read: “playing solo this time.”

MORE: Serena Williams has an inspiring lesson on beauty for her one-year-old daughter

Serena, who is mother to one-year-old Alexis Olympia, reference competing (and winning) the Australian Open in 2017, while she was pregnant with her little girl. Serena is no stranger to making a fashion statement on the clay. In June, the 37-year-old caused a wave when she rocked a custom catsuit by Nike – inspired by Black Panther – for the French Open. The suit was designed to both inspire and protect the athlete from blood clots. 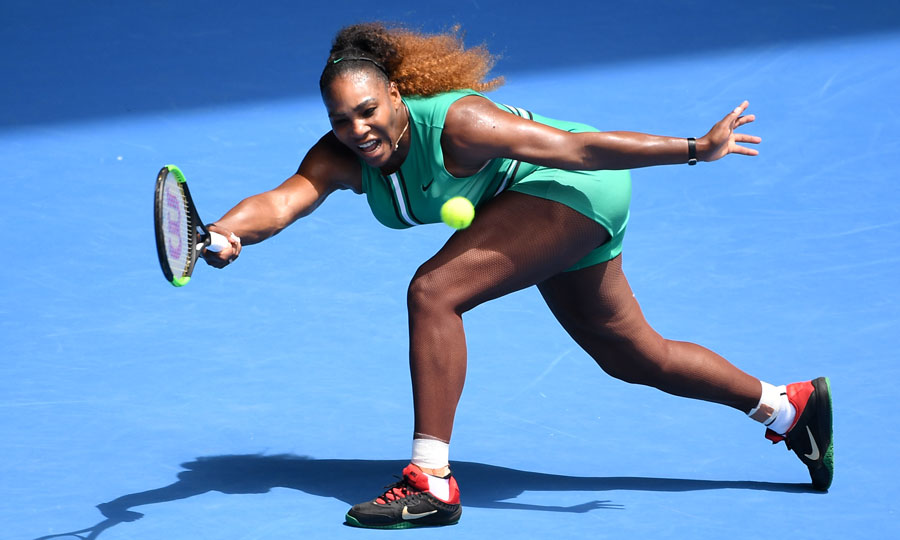 The champion dubbed the outfit the "Serena-tard Photo: Getty Images

After grabbing the win against opponent Kristyna Pliskova in the first round, Serena opened up about the suit saying: “It feels like this suit represents all the women that have been through a lot mentally, physically, with their body to come back and have confidence and to believe in themselves.”

MORE: Why Serena Williams tells her BFF Meghan Markle to stop being so nice

Unfortunately, after wearing the inspiring outfit, the “warrior princess” catsuit was banned by the French Open president. When addressing the issue, Serena said that there’s not bad blood between her and the federation. I think that Grand Slams obviously have a right to do what they want to do,” Serena told reporters. “I feel like if and when, or if they know that some things are for health reasons, then there’s no way that they wouldn’t be okay with it.”