Sealed with a kiss! Although Katy Perry and Orlando Bloom have yet to name the other publicly as their significant other, the 31-year-old pop star did hint at their relationship status when talking about this year's Met Gala. "I already told my boyfriend we will not be able to kiss, unless he wants black lips," she told Vogue while discussing her look for the event on May 2 that will include her new line of CoverGirl Katy Kat cosmetics. 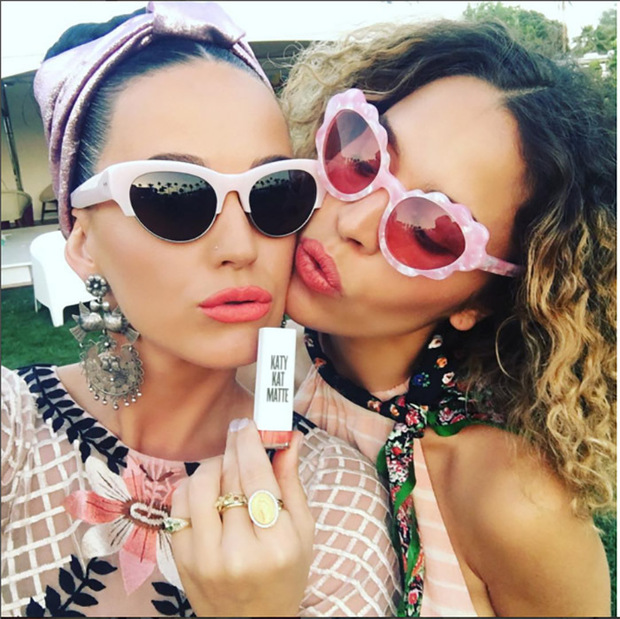 Katy showed off her new makeup range at the Coachella music festival Photo: Instagram/@katyperry
Although Katy didn't say his name, it looks like the California Girls singer confirmed that the 39-year-old Pirates of the Caribbean star will be arm-in-arm with her during the event next month.
COACHELLA FASHION DONE RIGHT


The new couple have been quite the jet-setting duo since starting to hang out in January at a Golden Globes after party. Over the weekend, they were getting cozy and wearing matching outfits at Coachella. They also recently spent some romantic time away in Aspen for a friend's wedding. 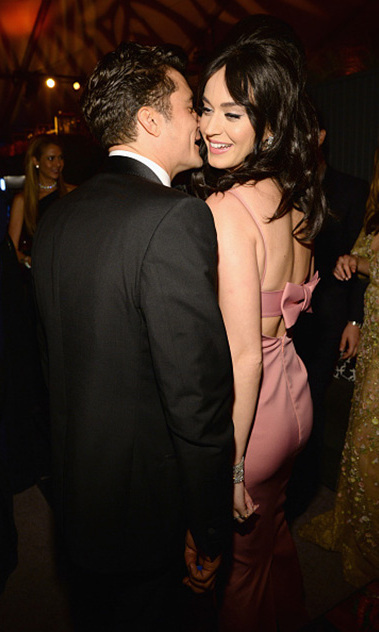 Katy and Orlando first hung out at a Golden Globes after party Photo: Getty Images

In addition to showing a little PDA, Katy's new range of lipsticks from her CoverGirl Katy Kat Collection were front and center throughout the weekend. “We’ll pick a theme for each day—one day we’ll be romantic Lolitas," she said about the festive debut. "The next day we’ll be vampires—and I’ll match my lipstick to that theme.”

A lady of her word, Katy took to her Instagram to plug her new lip color and give her fans a sneak peak at what to expect from her funky range. "Day 1. Coachella. Coral Cat. @cleowade @covergirl #katykatmatte," she captioned the photo which showed her holding up a tube of the lipstick and puckering up with her BFF Cleo Wade. 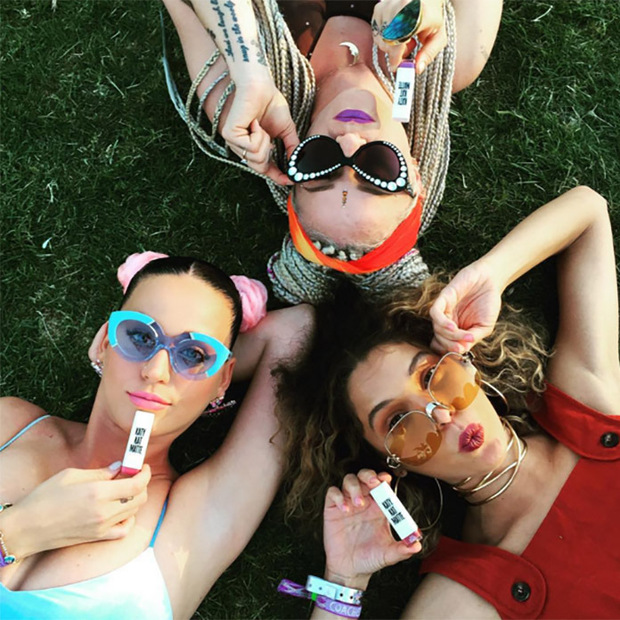 Katy showed off a shade for everyday of the festival Photo: Instagram/katyperry

The line's colorful mascaras may also be incorporated in her Met Gala look. Telling Vogue, Katy said, "It would also be cool to do the Perry Blue mascara with a black lipstick and just shape the brow.”