Victoria Beckham has once again floored fashionistas with her latest collection at New York Fashion Week. The star put on a successful show with models rocking her elegant and minimal designs – and her husband David Beckham and their four children (including only daughter Harper!) sat front row to cheer her on. Harper next to dad David in the front row Photo: Getty Images

Victoria's highly-anticipated show didn't disappoint, with her latest designs including everything from oversized jackets to strapless dresses, in a series of prints from checks to stripes.

The pop star turned fashion designer wowed on the catwalk herself with her own ensemble as she took her final bow, looking as effortlessly cool as ever in black tailored cropped pants which she paired with an oversized cream sweater. 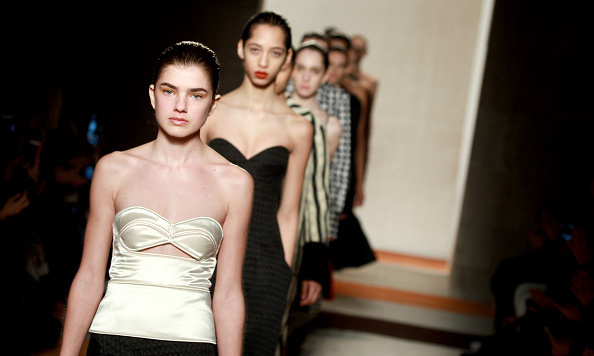 A glimpse of the fall-winter 2016-17 collection Photo: Getty Images

The 41-year-old surprised her fans by ditching her trademark black stilettos for white sneakers, completing the look by sweeping her brunette tresses back into a loose ponytail.

Meanwhile Victoria's family also showed off their impeccable style. David looked as handsome as ever in an all-black ensemble, wrapping up warm with a monochrome scarf as he braved the cold weather after the show. 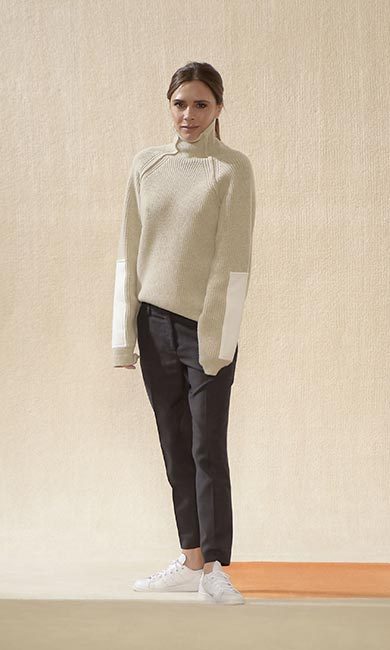 The soccer player took to Instagram to congratulate his wife on her latest achievement, posting a sweet message alongside a video of the show finale for his 19.6 million followers. "So proud of another beautiful season," he wrote.

Brooklyn, 16, also took to social media to share his pride. "Congrats mum on another Amazing show," he wrote in a caption shared with his 6.1 million followers. "Love you."

Victoria shared a photo of Harper's outfit on Instagram

Meanwhile, only daughter Harper, 4, stole the show in an adorable black dress and a pair of Gucci loafers with gold detailing. The little girl was as sweet as ever with her blonde hair styled into two long braids, as she sat on her dad's lap.