North West proved that she is a fashion week professional! The 2-year-old had a front row seat on mom Kim Kardashian's lap and next to Anna Wintour, during her father Kanye West's Yeezy Season 2 fashion show. And this time, the toddler was free from any tears and tantrums.

CLICK BELOW FOR MORE IMAGES FROM THE FASHION SHOW 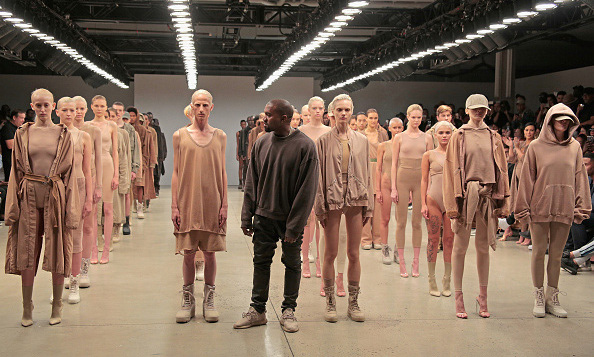 The impromptu show was such a hot ticket that even Jaden Smith, Tyga, and rapper 2 Chainz had to snag seats in the second row alongside Kendall. During the show, Kanye also debuted his new song "Fade." 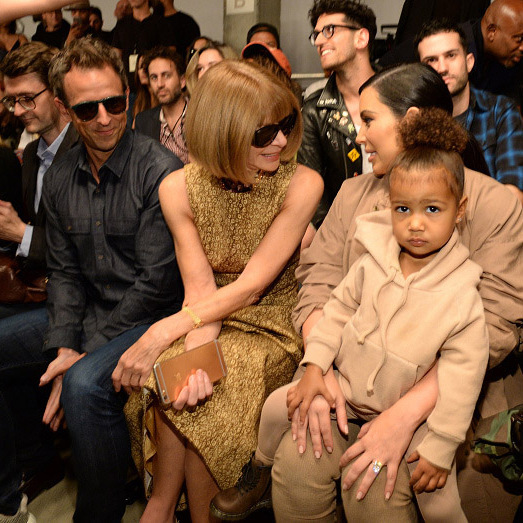 Kanye didn't only bring the star-power with the audience, but on the runway as well. Following in their big sisters footsteps, Kylie Jenner and Bella Hadid both worked the catwalk for the rapper's show, which featured the models wearing a variety of bodysuits, jackets and hats down the runway.

After the show, Kim found the time to share an intimate moment featuring her and North backstage at the show. In the clip, North is seen trying to tickle Kim while they wait for the elevator. In the same clip, the mommy-to-be is holding her and Kanye's daughter as they walk outside of the venue. The video was part of Kim's live streaming app.

Earlier this week, Kim, Kendall, Kylie, and Khloé debuted their newest apps at the Apple store in Soho. Each app (which costs $2.99 a month) allows fans to have an inside look into the lives of the social media mavens. So far, 18-year-old Kylie's app has the most downloads, even more than the Facebook messenger app. The Kardashian-Jenner clan have been busy taking over Fashion Week and are showing no signs of slowing down.

CLICK BELOW TO WATCH KIM AND NORTH'S SWEET MOMENT