Miranda Kerr was all smiles as she arrived at LAX airport with her new boyfriend, the billionaire founder of Snapchat, Evan Spiegel on Wednesday. The Australian model, 32, was spotted cuddling up to her 25-year-old beau as they made their jaunt together. 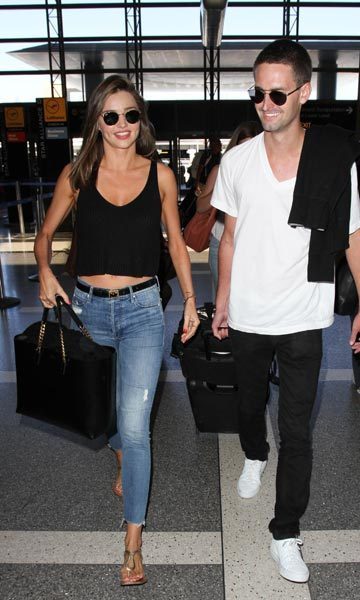 Though she's clearly enjoying down time, HELLO! Fashion Monthly's cover girl was picture perfect wearing a black crop top, skinny blue jeans and gold sandals. She and her new boyfriend couldn't stop smiling as they strolled through the airport, both wearing dark shades and toting their carry-ons.

Miranda and Evan were first rumoured to be dating last month when they were spotted kissing at a restaurant in Venice, California, and the relationship seems to be going strong.

The model split from Hollywood star Orlando Bloom in 2013 and recently told HFM that the pair, who have four-year-old son Flynn together, have made sure to remain friends. 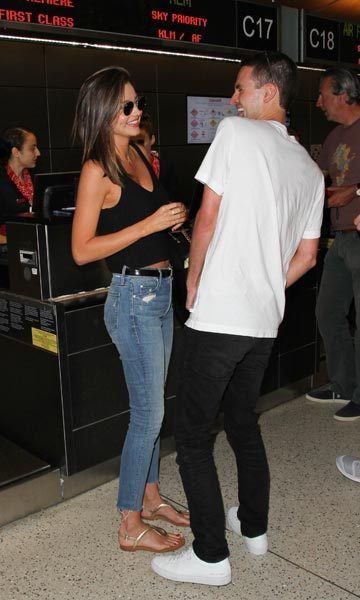 "Orlando and I are still really close so he'll [Flynn] be with his dad for a couple of days, then when I come back, he'll be with me so that his dad can travel," she told us at the launch of her new collection for Swarovski. "He's either with his dad or with me."

After the split, the former couple also decided move from New York to LA, where they now live just minutes apart. "We decided as a family it was the right decision for Flynn, so Orlando and I both relocated and we live five minutes from each other." She added: "Everything revolves around my son and his welfare."