The iconic navy blue dress that Prince William's wife Kate Middleton wore for her engagement announcement can be yours – again! The Issa London style that flew off the shelves five years ago is now back in stock with a price tag of £575, which is just under $900.

Kate donned the wrap-style 'Phylis' dress by Issa in 2010, when she and William revealed their wedding news to reporters at St. James's Palace. The bride-to-be looked flawless in the elegant silk design which was in a blue tone that perfectly set off her sapphire engagement ring, once owned by Princess Diana. 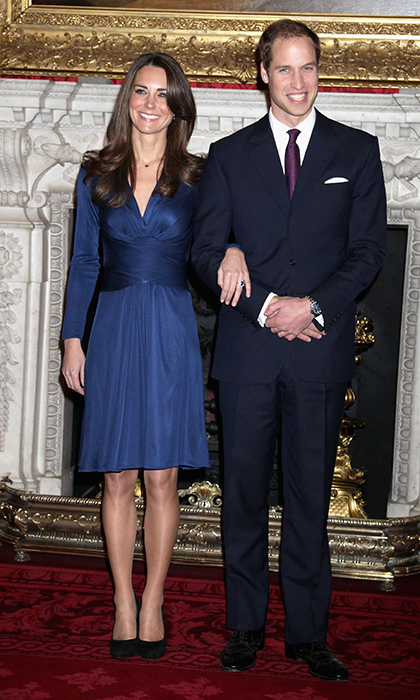 The 'Phylis' dress is back on sale, retailing for just under $900 Photo: Getty Images

Issa London and British department store Harvey Nichols announced the news on Twitter, sharing a photo of the chic number alongside the caption: "First seen on the Duchess of Cambridge, @IssaLondon's Phylis dress tops our wish lists."

Proving to be a hot item five years after the royal couple confirmed their wedding news at St. James' Palace, it's safe to say the dress is now a bona fide classic. 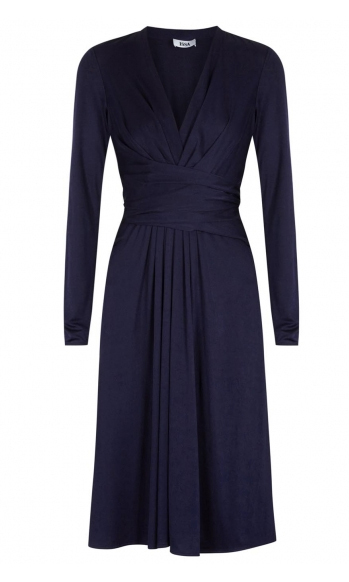 Five years later, the dress has proven to be a classic Photo: Issa London

It was after the big announcement in 2010 that the "Kate effect" really took off, with fans rushing to copy the brunette beauty's style, even before she became a member of the royal family. Brands such as Beulah London, L.K.Bennett and Alexander McQueen have all gotten a boost from the Duchess wearing their clothing.

Kate's first-born Prince George is also fast becoming a trend-setter. The youngster, who turns 2 this week, is known for his adorable outfits, which, like his mom Kate's clothing, is nearly always a sell-out.