Toddler and tutus seemed to be the theme as pint-sized style icon North West headed off to ballet class on Thursday. While a lot of little girls are aspiring ballerinas, Kim Kardashian and Kanye West's daughter upped her style game, matching her leotard with some designer finishing touches.

A custom-made leather Balmain jacket and Bloch ballet shoes – along with the world's cutest ballerina bun – completed her stylish look for dance class. 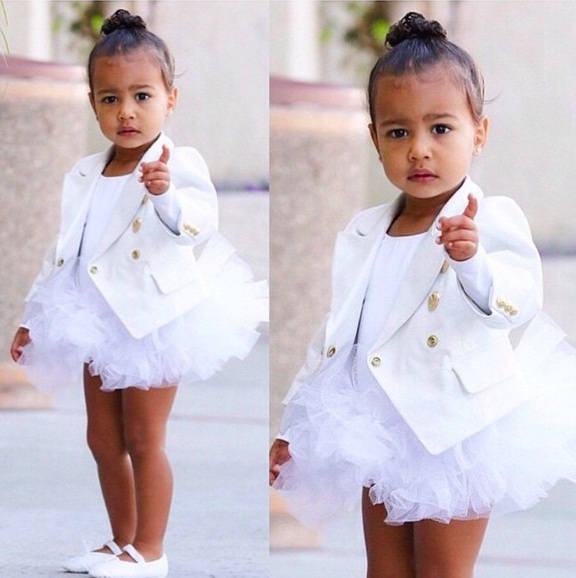 Nori, as she's affectionately nicknamed, was wearing the jacket, a gift from Balmain designer Olivier Rousteng, as she left with her mother, who wore a matching style in black leather. Also exiting the class was Kourtney Kardashian's daughter Penelope Disick, who at one point did break into a quick toddler sprint with her black tutu flouncing around as she ran away from her cousin and aunt Kim.

Aunt Khloe recently opened up to Refinery 29 about her nieces. "They go to ballet class together all the time, and P’s always really girly, while North is normally in an all black outfit," she shared. "Kim recently put North in an all pink leotard and tutu, and she texted me and was like, 'Look, I put North in pink just for you!’ North didn’t like it — North wanted a black tutu."


It's no surprise that even at ballet class little North has a touch of high fashion to her outfit. From the minute she was born, she has received couture gifts from the world's top designers, including Givenchy and Alexander Wang.

Since then, she continues to turn heads in her sweet outfits, often wearing clothes that match her mom's high fashion style. North has also made waves in the fashion industry itself, often sitting in the front row with her parents at runway shows. 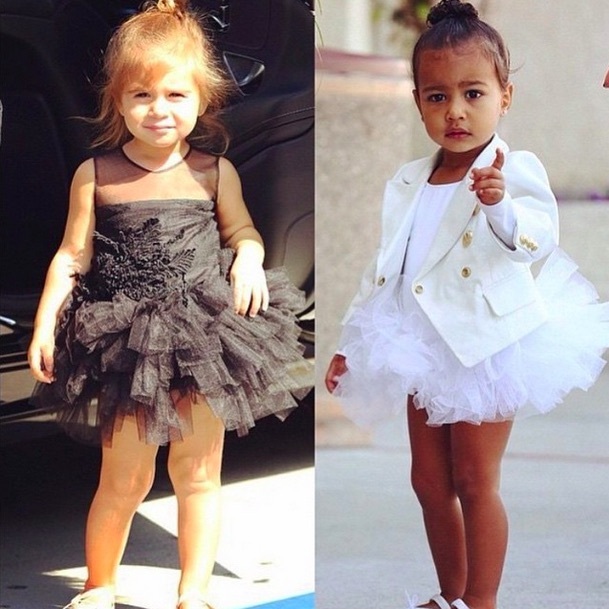 Nori's cousin Penelope made a break for it in an adorable black tutu Photo: Instagram/@KhloeKardashian


Kim has previously admitted that her daughter already has a keen eye for style. "She's really particular about what she likes to wear, she's such a girlie girl," the Keeping up with the Kardashians star told Vogue.com. "Every day she wakes up and says 'shoes'. You have to bargain with her – before you change her diaper, she needs a pair of shoes on."