Tonight’s Oscars were extra special for Alex Rodriguez as it was his first time attending the prestigious film event accompanied by his girlfriend, the gorgeous Jennifer Lopez. As expected, the power couple had all eyes on them on the red carpet, once again proving why they are one of the most solid and beloved couples in the entertainment industry. They both even wore the same designer to the star-studded event! The love birds each took to their social media accounts to share several details about their exciting Sunday. 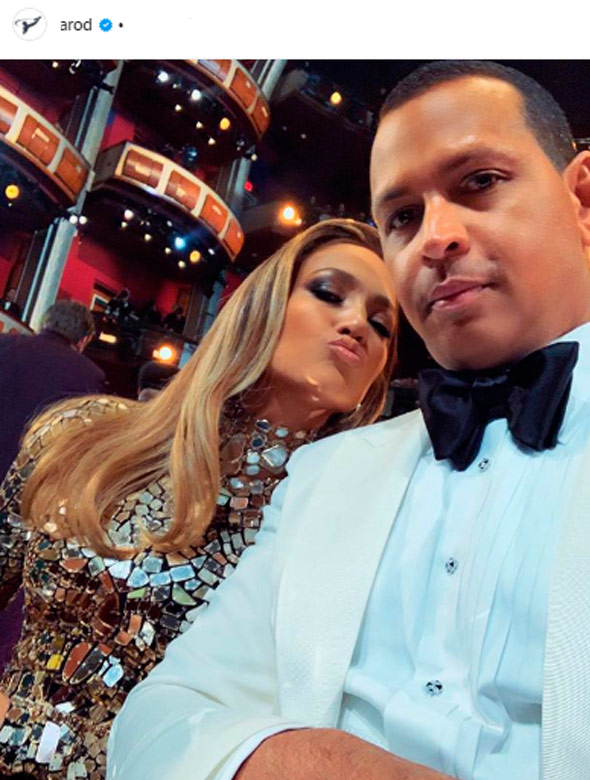 The couple, who has been one of the most active during this awards season, shared their preparations for the award ceremony and proved they are just like us– especially Alex, who was a bit of a nervous wreck when he could not decide on the color of his tuxedo, what shoes he should wear and even which watch he should accessorize with. Therefore, the now-sports commentator took to social media and asked his followers to help him decide what he should wear to the Oscars. A-Rod, who has been romantically involved with J.Lo a little more than two years, decided on an impeccable Tom Ford tuxedo with a white jacket. 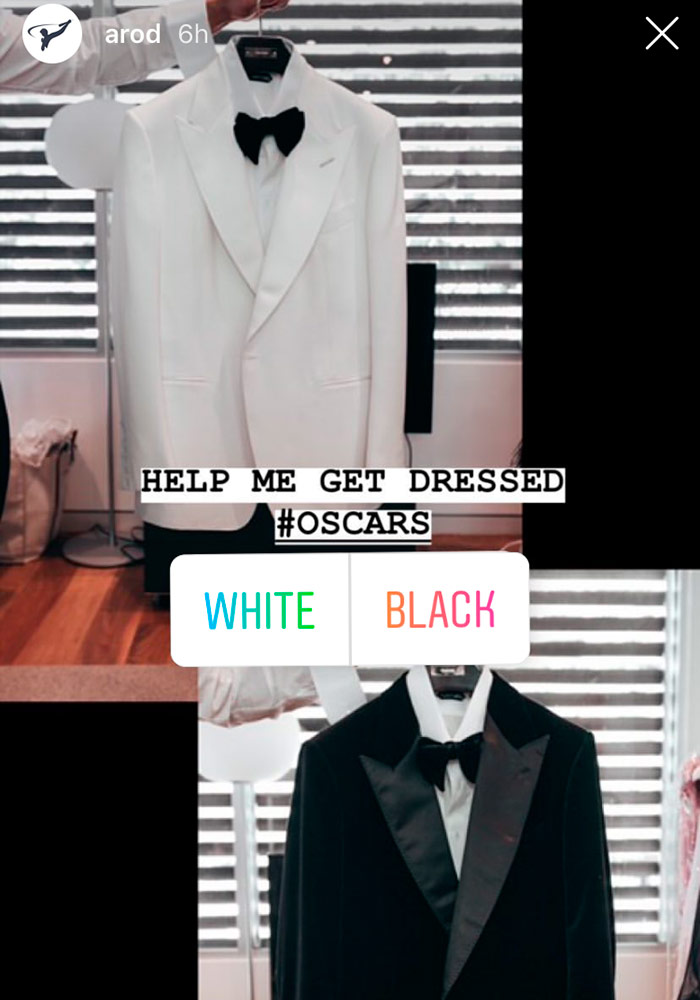 VIEW GALLERY A-Rod took to his Instagram stories to ask his followers what he should wear Photo: Instagram/@arod

On her part, the singer-actress, who’s an expert on Oscars red carpets, shared her makeup and hairstyling process which shot her to the top as one of the best-dressed. Lopez wore a fabulous long-sleeved mirror dress with matching jewelry from Tom Ford. 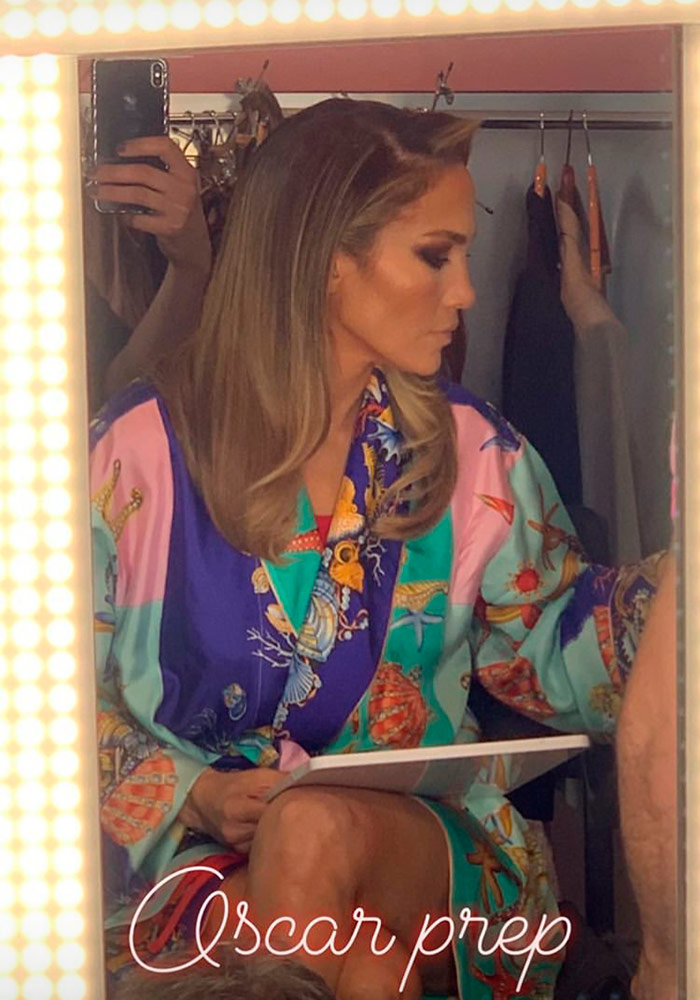 VIEW GALLERY Per usual, JLo did not disappoint at the Oscars red carpet Photo: Instagram/@jlo

The first time the singer-actress appeared at the Academy Awards carpet was back in 1997. It was the same year in which Selena, the film where she portrayed the late singer Selena Quintanilla, was released. Thanks to her amazing performance in the film, Jennifer became the first best paid Latina actress in history, receiving $1 million for her performance as the 'Queen of Tex Mex'.

Lopez would go on to attend 10 more - and counting - Oscars between the years 1998 to the present-day. 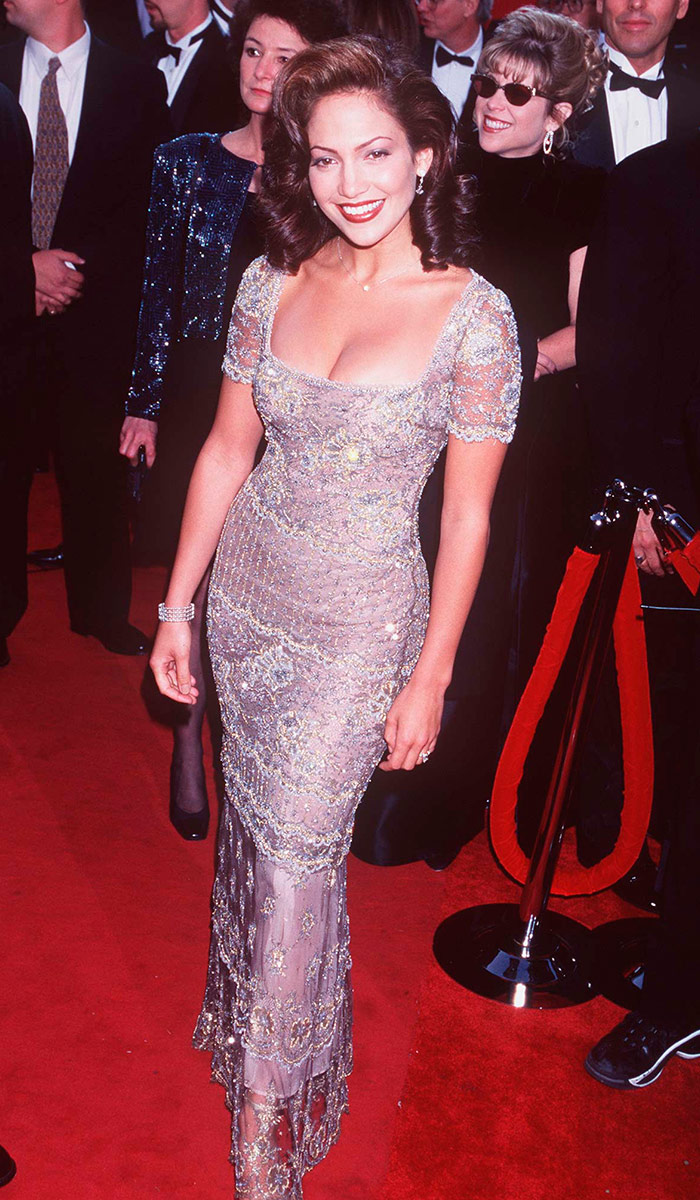 Her first time at the Oscars was back in 1997 Photo: Instagram/@jlo

In love with Jennifer Lopez

Since they started dating more than two years ago, the couple has become one of the favorites on the red carpet. Alex has even confessed he loves the glamour that comes with being next to a star like his famous girlfriend. The former baseball player also admitted that he loves to take 'behind the scenes' photos with her. "My job is to be the man behind the camera," he said at the Grammy Awards earlier this month, to which they both wore very stylish and always glamorous outfits.