Everyone loves the Oscars acceptance speeches, which have sure provided some memorable moments over the years – but the Academy have announced plans which will shake things up at the 2016 ceremony.

In a bid to put a stop to long, drawn-out speeches, in which the stars thank everyone from their managers to their stylists, nominees are being asked to submit a full list of names they intend to thank during their speech should they take home the gold.

That list of names will then run along the bottom of the screen during the February 28 broadcast, leaving the winners free to focus on other things during their 45 seconds on the podium. 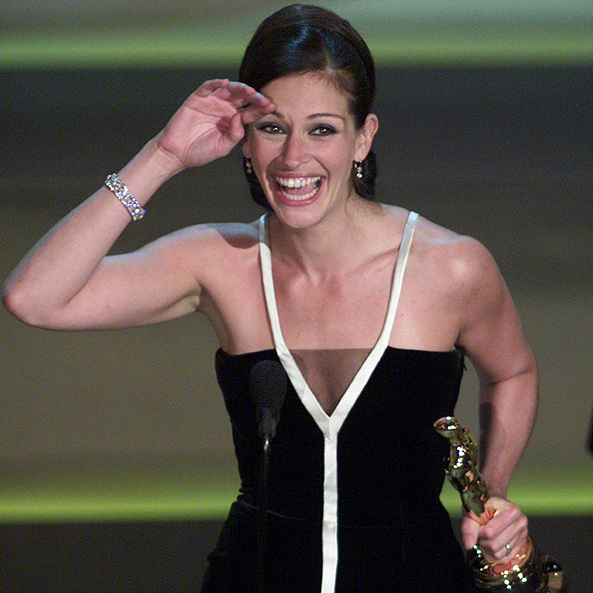 Julia Roberts is among the stars who refused to be 'played off' during her time on the podium Photo: Getty Images

The move is also designed to avoid winners being unceremoniously 'played off' by the orchestra at key moments; in 2015, Dana Perry was interrupted by music just as she had begun to discuss the suicide of her son and its impact on her as a film maker.

Battling the orchestra has become something of a tradition at the Oscars. Among those who have refused to be cut off by the conductor is Julia Roberts, having just won her Best Actress award for Erin Brockovich in 2001. "Sir, you are doing a great job," she said. "But you're so quick with that stick, so why don't you sit, because I may never be here again."

This year's Oscars will take place at the Dolby Theatre in LA on February 28, with comedian Chris Rock hosting. Spotlight remains the favourite to take the best film award while Alejandro G Inarritu's film The Revenant is tipped in both the best director and best cinematography categories.

The film's big star Leonardo DiCaprio is expected to win his first Best Actor Oscar. Among those rooting for him is his long-time friend Kate Winslet, who ruled out joining those who are boycotting this year's ceremony because she strongly thinks this will be Leo's year.

"He's my closest friend in the world and I just couldn't imagine not being there to support him," she told Press Association on the red carpet at the premiere of her new film Triple 9.