One of the biggest royal dates of 2019 was announced on Monday, August 12—and Meghan Markle and Kate Middleton have nothing to do with it! After nearly two years, The Crown season three has received a premiere date, Sunday, November 17. In addition to the show’s return date, Netflix also gifted fans of the royal drama series a teaser trailer. The 21-second clip shows Oscar-winning actress Olivia Colman as Queen Elizabeth in her full royal regalia.

“The trailer for #TheCrown basically shows nothing at all, yet it's still the best thing I've seen all year 👸,” one fan wrote, while another commented, “OMG!!! I CAN'T BELIEVE IT YOU GUYS! AFTER ALL THESE YEARSSS!!! GOD SAVE THE QUEEN! 😂😍” Viewers of the show were also quick to praise Olivia as the Queen, with one writing, “Olivia Colman is on her way to get her Emmy!!”

MORE: Emma Stone is set to play this Disney villain and we can't wait

Olivia, who won an Oscar earlier this year for playing Queen Anne in The Favourite, is taking over the iconic role from Claire Foy, who played Queen Elizabeth in the first and second season of the Netflix show. The Crown season three will feature an entirely new cast with Game of Thrones star Tobias Menzies portraying Prince Philip and Helena Bonham Carter as Princess Margaret. Josh O’Connor will play Prince Charles and Erin Doherty as Princess Anne. The Crown will also introduce viewers to Camilla Parker Bowles, the now-Duchess of Cornwall, in season three. The highly anticipated new season will span the years 1964-1977—and according to Deadline, will cover events such as the rise of the Beatles and England winning the 1966 soccer World Cup. 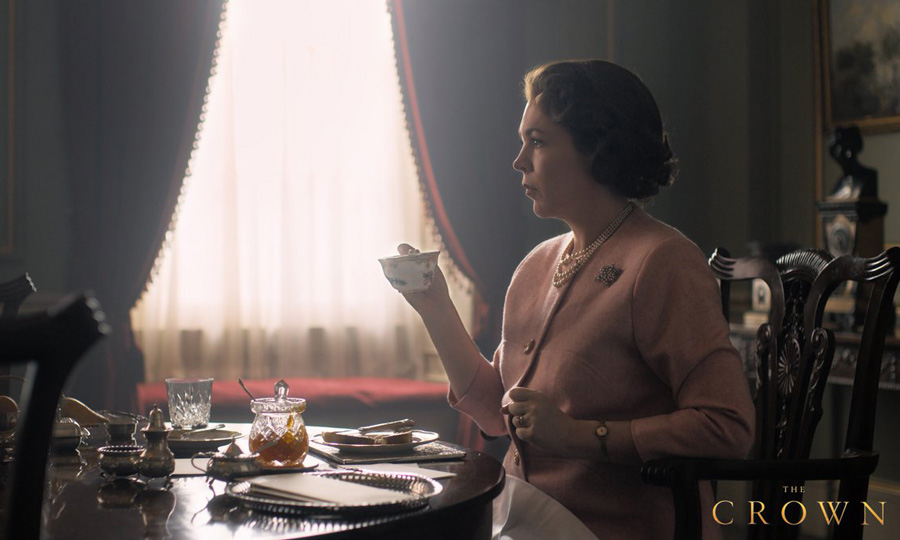 The Crown season three will premiere on November 17

News of The Crown’s return will no doubt have the series’ royal fans excited as well. Princess Eugenie has previously revealed that her grandmother is a fan of the Golden Globe-winning series. Last year, actress Vanessa Kirby, who played Her Majesty’s younger sister Margaret in season one and two, revealed in an interview with Vanity Fair, “A friend of mine was at a party and didn’t know anyone, so he sidled up to this group who were talking about The Crown, when one said, ‘Well, my granny watches it and really likes it.’ It slowly dawned on him that the girl was [Princess] Eugenie and her granny was the Queen.’