Reality television’s first family! Kim Kardashian West transformed into Jacqueline Kennedy Onassis for the latest cover of INTERVIEW magazine and the result was stunning. In the spread, which was captured by photographer Steven Klein, the 36-year-old reality star dons a shiny brunette wig and clothing that emulates Jackie O’s iconic look. Kim’s four-year-old daughter North West has a starring role in the piece as well, marking her first ever interview, and an extremely adorable one at that. 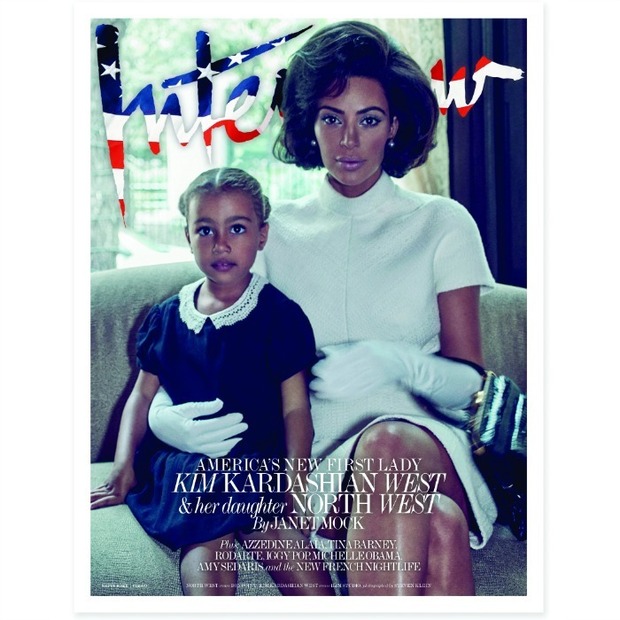 Kim speaks candidly about her family in the interview, which was conducted by author and trans rights activist Janet Mock, touching on her parenting style and push to make her children’s lives as normal as she can. “I try to make sure we have set meals at home, to keep everything as normal as possible. And then I get to work,” the mom-of-two said.

RELATED: Kim Kardashian confirms that she and Kanye West are 'trying' for a third child

She also mentioned that she is always mindful of the fact that her and Kanye West are raising biracial children. “I’m very conscious of it,” she told the magazine. “Kanye always has his family around and people who look like my daughter—that’s important to me. She’s obsessed with her curly hair, and if she finds someone who has the same hair, she runs to them and is like, ‘You have curly hair like me?’ And we get to talk about it. We also talk about it with my niece Penelope, because she and North look really different, but they’re best friends and they’re together all the time.” 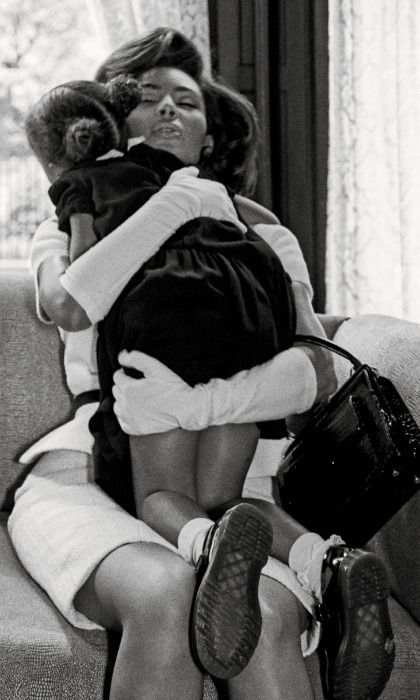 Kim Kardashian said she is raising her children "to be really aware" Photo: Steven Klein

The TV personality went on to speak about how vital it is for her to be open with her children. “We want to raise our kids to be really aware. I think that’s all you can do. The more you talk about things and keep them out in the open, the more they won’t be taboo. Kids are already so open. They say anything. So if you educate them, they feel like they have this knowledge and then they feel empowered.”

It seems that Kim’s knack for keeping her own family unit grounded has stemmed from her role within her larger Kardashian clan. She is their self-proclaimed “ringleader,” telling her sisters when they fight: “You’re wrong. You need to apologize.” Or on matters of the press: “This needs to be fixed. Everyone just lay low, chill out, don’t say anything. It doesn’t matter if it’s all lies. I know it’s frustrating. I know you want to speak up.” In the end she says: “We always have to remind ourselves of stuff like that. We don’t do everything perfectly, but there really are so many lies, so many rumors.” 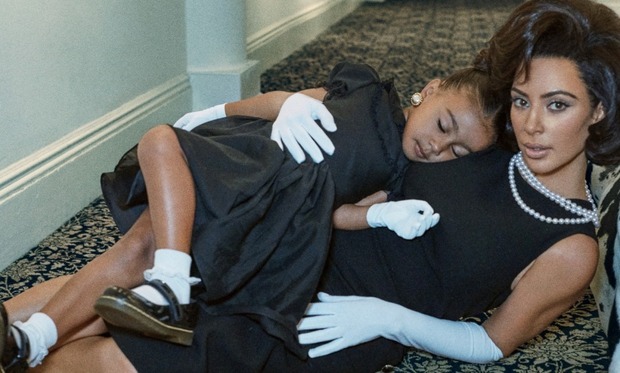 Kim Kardashian and North West got candid for the magazine Photo: Steven Klein

North West took a page from her mom’s book and spoke openly for the magazine. The cutie answered questions from some of Hollywood’s most famous kids including: Kaia Gerber (the daughter of Cindy Crawford and Rande Gerber) Millie Bobby Brown, and Britney Spears’s sons Sean and Jayden Federline. Among various things, North's sweet answers revealed that her best friend is her "mama" Kim, her favorite color is "rainbow" and her family nickname is "bubs."