Looks like there's a bit of sibling rivalry in the West house! During an appearance on Ellen, Kim Kardashian revealed that daughter North is very jealous of her little brother, Saint. She said: "North beats him up all day long and he so doesn't cry. North is just awful. She is so jealous and I thought it was a phase but it's not going away. She just says boys aren't allowed in her room!"

STORY: Kim shares a rare family photo of Kanye and the kids 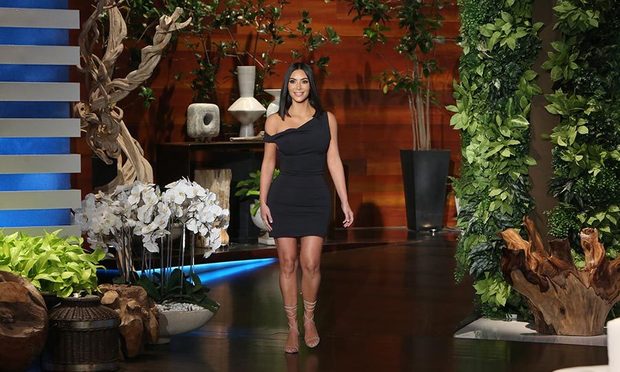 Kim opened up about her children on the Ellen show Photo: Ellen


Saint, she noted, is her "twin". "He's literally my twin personality but he's so sweet! He's just like, such a good, good boy, such a good person." She also revealed that three-year-old North is similar to her husband, Kanye West. "She's really really smart actually," she said proudly. "She knows how to outsmart us, or she thinks she does. She's Kanye's twin. Same personality, says the same wild things!"

During the interview, Kim also opened up about her ordeal after being robbed in Paris, and how she thinks the experience made her a better person. Fighting back tears, she told Ellen: "I'm such a different person… It was meant to happen to me. I really feel that things happen in your life to teach you things… I'm so happy that my kids get this [version of] me because I just don't care about [materialistic stuff] anymore."