George and Amal Clooney’s twins will be jetsetters long before they are old enough to start school. The Hollywood star opened up to the French outlet Paris Match about raising his children in the different countries where he and his wife own homes. “We have the chance to live between three countries: Italy, America and England,” the dad-to-be said. “But as soon as the children go to school, it’ll be necessary to choose where to settle. In the meantime, we will continue to move according to our respective schedules.” The actor added, “People think we’re never together, but we have not been separated for more than a week.” 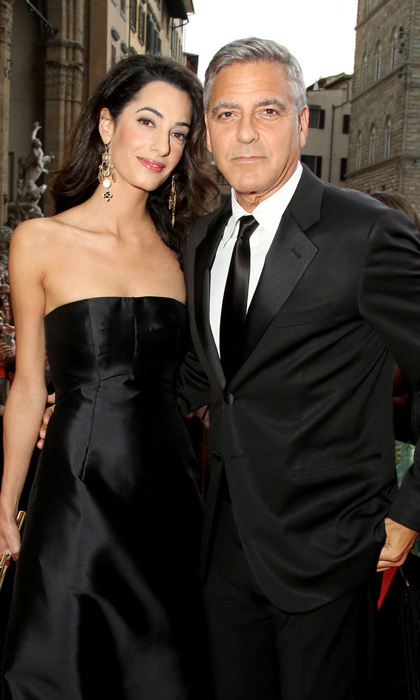 While the couple await the arrival of their bundles of joy, George admitted that he and his human rights lawyer wife, who recently took on ISIS, are being more cautious where they travel these days. “We decided to be much more responsible, to avoid the danger,” he said. “I won’t go to South Sudan any more or the Congo, Amal will no longer go to Iraq and she’ll avoid places where she knows she isn’t welcome.”

During the interview, George also set the record straight on the gender of his kids. Despite previous reports that the couple is expecting a boy and girl, the 55-year-old admitted that he doesn’t know his babies’ genders. “I don’t know where this rumor comes from that we’re going to have a boy and a girl,” he said. “We ourselves don’t know yet and don’t want to know.” Though the couple are waiting to be surprised, George admitted that he is very excited about becoming a father. “How can we not be anxious about this immense responsibility?” he confessed. “Bringing a child into this world … even two! We are very happy, very excited, but also a bit nervous, it’s normal.” 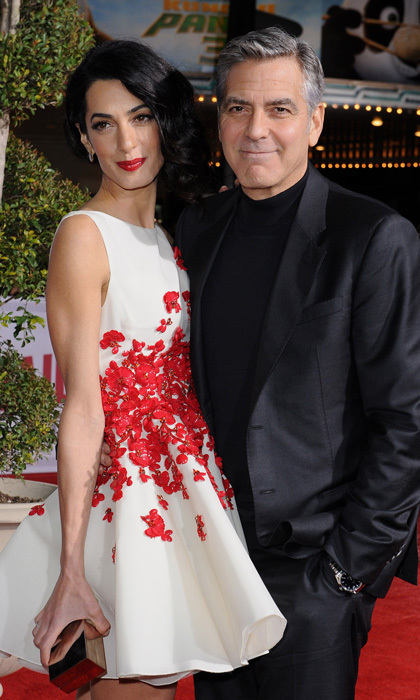 The Oscar winner recently broke his silence on becoming a first-time father, after pal Julie Chen confirmed the pregnancy news. "We are really happy and really excited. It's going to be an adventure," he said during an interview on Rencontres de Cinema. "We've sort of embraced it all… with arms wide open." And pregnancy certainly suits Amal, 39. The expectant mom stepped out in London on Tuesday, looking characteristically chic, showing the hint of her growing baby bump beneath a vibrant red coat. It is believed that Amal will be by her husband’s side on Friday in France, where George will be presented with a career award at this year’s César Awards ceremony.