First Daughter Ivanka Trump appears to be channeling another influential woman, Kate Middleton, in one of her latest Instagram posts. President Donald Trump’s daughter shared a photo on Thursday, February 16 of herself with her oldest son Joseph Kushner admiring a butterfly at D.C.'s National Museum of Natural History. The tender mother-son image is reminiscent of a 2014 picture of the Duchess of Cambridge and her own son, Prince George. 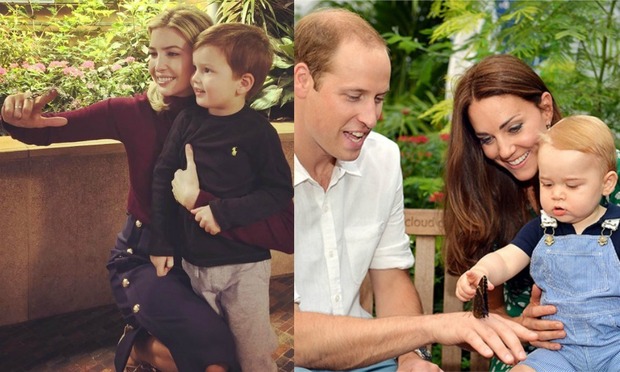 Ivanka channeled Kate Middleton with her son and a butterfly Photos: Instagram/@IvankaTrump/John Stillwell

A few years prior to Ivanka and Joseph's 2017 outing, the British royals enjoyed a trip to London’s Natural History Museum, where they took an enchanting photo at the Sensational Butterflies exhibit. The image was released to mark Prince George’s first birthday. The sweet picture showed the future King transfixed by a butterfly on his father Prince William's hand while Kate happily watched, holding onto her son. Along with the intimate family photos, the Duke and Duchess released a statement at the time that read: “We would like to take this opportunity on George's first birthday to thank everyone over the last year, wherever we have met them, both at home and overseas, for their warm and generous good wishes to George and our family.” 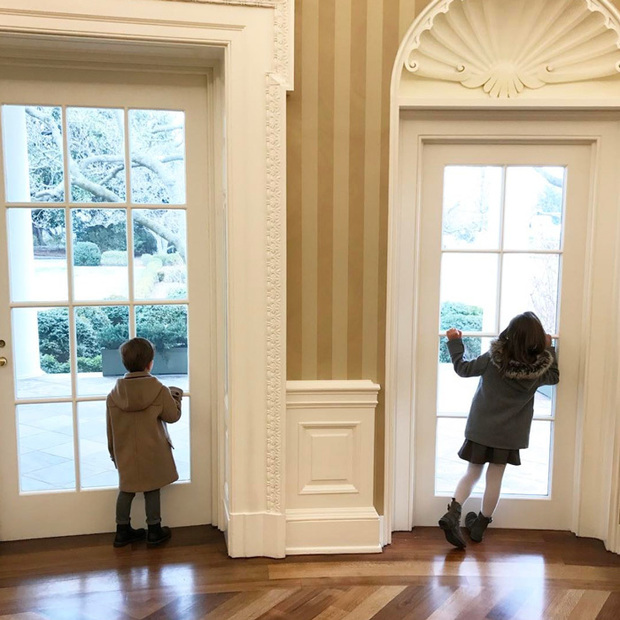 Joseph and Arabella Kushner paid a visit to the White House Photo: Instagram/@ivankatrump

Much like the royal family, Ivanka’s recent Instagram picture showed the first daughter and her son, who is Prince George's age, three, in a fun, laid-back setting in their new home of D.C. Attached to her photo, the doting mom wrote, “Exploring the wonders of the @smithsonian National Museum of Natural History.” Last month the mom-of-three took a formal leave from her company to “take time to settle [her] three young children into their new home and schools." Since relocating from Manhattan, Ivanka’s children appear to be taking a liking to their new home in the nation’s capital. The businesswoman has shared a number of photos on social media showing her young kids at a local playground and their grandfather’s new residence, the White House.