George and Amal Clooney made it a date night on Monday, when they attended a special viewing of Netflix documentary The White Helmets at the Bulgari Hotel in London. The screeing of the film, which documents first responders who risked their lives to save victims of daily civilian airstrikes in Syria, was sponsored by the Clooney Foundation for Justice, an organization spearheaded by the power couple who married in 2014. 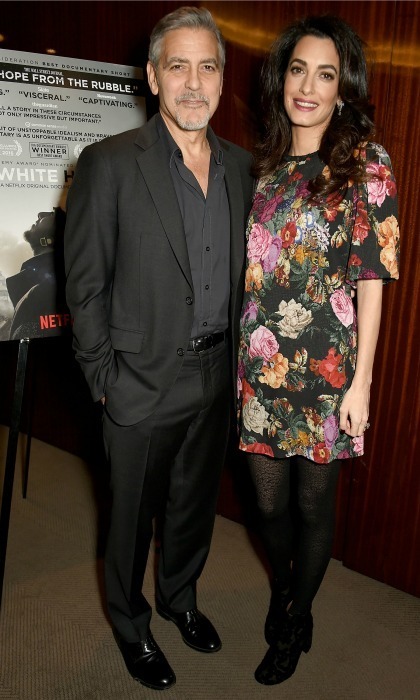 Amal, who was radiant in a floral Dolce & Gabbana shift dress, attended a special screening for The White Helmets with husband George Photo: David M. Benett/Dave Benett/Getty Images for Netflix

For the night out, human rights attorney Amal swapped her famed power suits and dresses for a floral Dolce & Gabbana shift. The 38-year-old paired the look with patterned tights and velvet ankle boots, while George, 55, stayed true to form, playing it classic in a dark suit. 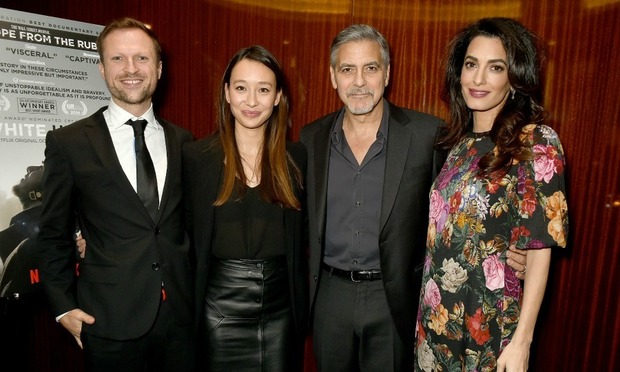 During the event's reception, George took a moment to thank all of those involved with the film for bringing the cause to light.

“The reality is that bad things happen when the lights have been turned off. That’s what the bad guys want,” the Ocean's Eleven star said. “You have to have the lights on, and show what this really is, and show that these are human beings and not names and statistics. They are living and surviving and caring for one another. What you are doing is spectacular. Thank you for this.”